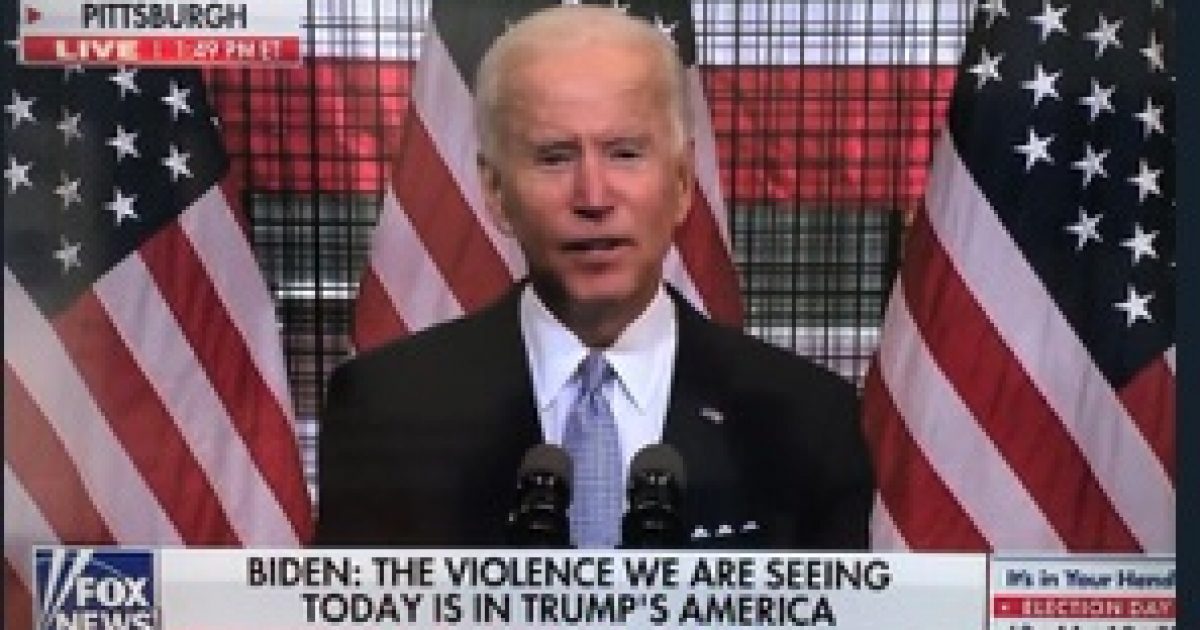 Biden’s decision to leave his home is thought to be driven by concerns that President Trump is gaining momentum.

While Biden said he wants to unite the nation he simultaneously used the race card and attacked the police.

Joe Biden: "We have to stand against violence in every form it takes. Violence we've seen again and again and again of unwarranted police shooting. Excessive force. Seven bullets to the back of Jacob Blake. Knee on the neck of George Floyd." pic.twitter.com/ojdsAbhL1Y

Biden made a confusing statement on the China virus.

Just a reminder that this is the man that Democrats and the Media are telling us will save America from Coronavirus.

Also, Biden suddenly promised not to ban fracking which is a reversal of his prior statements.

Biden is on record about his comments on fracking.

Biden’s radical agenda would be a disaster for Pennsylvania.

"Biden indicates from the debate stage that he would ban all fracking" pic.twitter.com/TNv6vZa6nG

Finally, while Biden did leave Delaware he did not take any questions after his speech.

Biden’s conflicting and confusing statements show he is not up for the job to run the country.

GRAPHIC: THUG Executes Father: Shoots Him 5 Times In Back Of Head- LOOK At How Long He’s Heading To PRISON
AFF