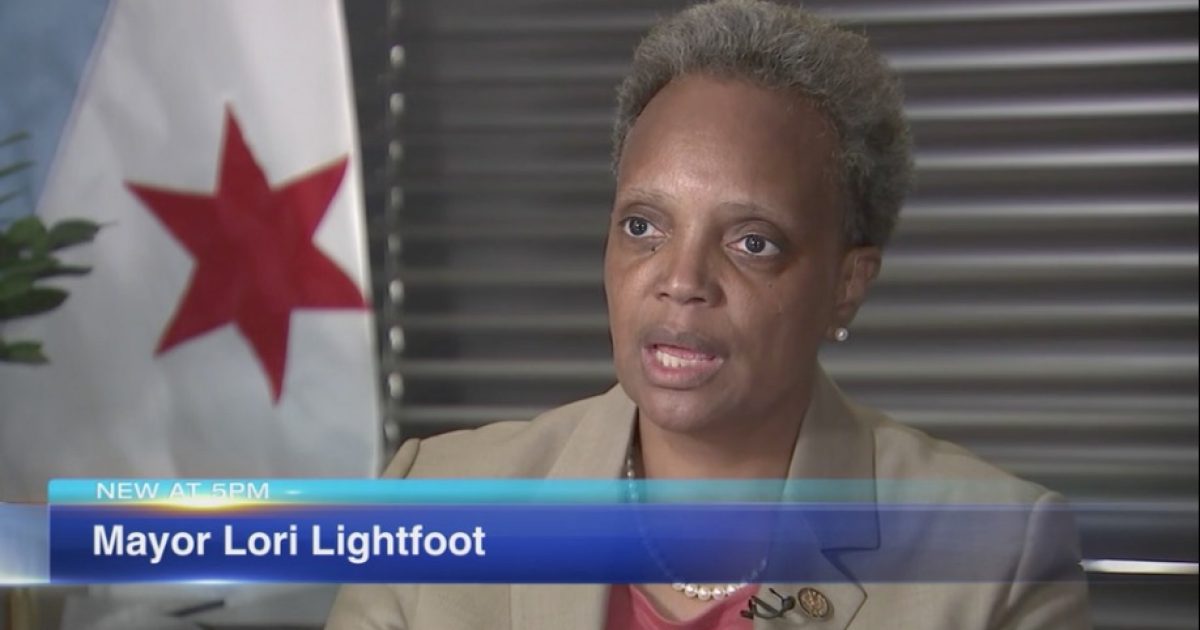 Democrat Chicago Mayor Lori Lightfoot ordered police to protect her home by blocking demonstrators on the block where she lives.

According to The Chicago Tribune, protesters will be arrested for violating her decree.

Lightfoot defended her decision saying, “I have a right to make sure that my home is secure.”

The mayor added, “…I make no apologies whatsoever” for protecting her home and family.

Chicago Mayor Lori Lightfoot: "We have a right in our home to live in peace." pic.twitter.com/BcZU58hMKI

Lightfoot’s decision to protect her home with the police comes at a time when the city is seeing a burst in violent crimes including shooting deaths, riots, and looting in downtown Chicago.

To no surprise, Lightfoot’s action to protect her home while her constituents and businesses are suffering the consequences of lawlessness was promptly criticized.

Of course she thinks “her” home should be protected, but not “mine.” Lori Lightfoot Lenin. pic.twitter.com/8VsOMg9zhv

This is not the first time Lightfoot granted herself special treatment.

Earlier this year, Lightfoot urged Chicago residents not to leave their home due to the China virus but she broke that rule by getting her hair done.

The double standard was so extreme, Lightfoot was criticized on ABC’s “The View.”

From haircuts to home security, Lori Lightfoot has distinguished herself as an entitled mayor who hordes privileges for herself while her citizens suffer. https://t.co/yRH07eePAt

“I’m on national media and I’m out in the public eye,” she responded to a reporter. “I take my personal hygiene very seriously. As I said, I felt like I needed to have a haircut. I’m not able to do that myself, so I got a haircut. You want to talk more about that?”

The mayor recently defended her efforts to stop the epidemic of looting hitting Chicago.

The hypocrisy by Lightfoot is off the charts.

According to Lightfoot, as mayor, she has the right to use the power of her office for special treatment while her “subjects” suffer from her bad decisions.