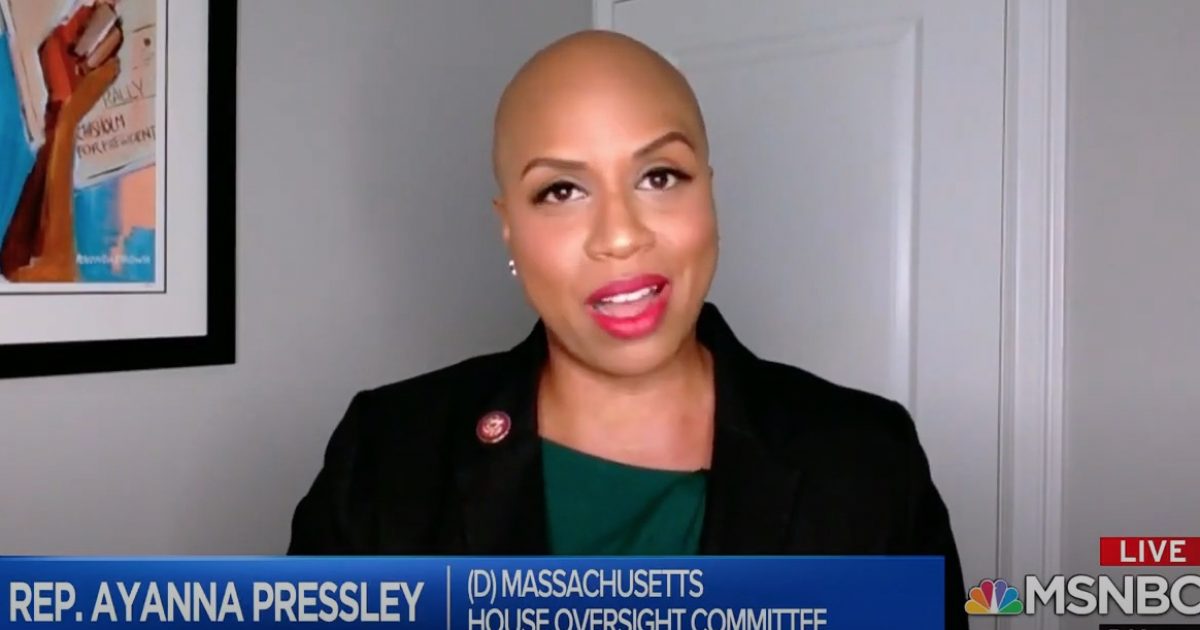 Massachusetts Democrat Representative Ayanna Pressley is sounding the alarm for “unrest in the streets.”

During an interview on MSNBC, Pressley was critical of Republican politicians for ignoring problems Americans are facing.

Pressley also expressed her concern about voter suppression tied to what she feels is an effort to undermine the U.S. Postal Service before the elections in November.

Universal mail-in voting is a big issue for Democrats.

Pressley said these issues demand attention and called for “unrest in the streets for as long as there’s unrest in our lives.”

Pressley’s comments come at a time when violence and looting continue to escalate in major cities, including Chicago, Portland, Seattle, and New York, since the death of George Floyd in Minneapolis.

Democrat political leaders are silent over the increase in criminal activity.

For example, last night a man was beaten by rioters in Portland, Oregon.

GRAPHIC: With the streets in downtown Portland occupied by BLM & antifa rioters, a man crashed his car. The mob pulled him out & beat him senseless in front of the passenger. He’s bleeding & unconscious. No police. Video by @livesmattershow. #PortlandRiots pic.twitter.com/jjnt5dUeb8

We need mail in voting because voting in person is too dangerous but we also need "unrest in the streets" until we get it.

Elected officials should be calling for calm, not “unrest in the streets.”

Democrats such as Pressley feel chaos provides them with a political advantage but it’s going to backfire.