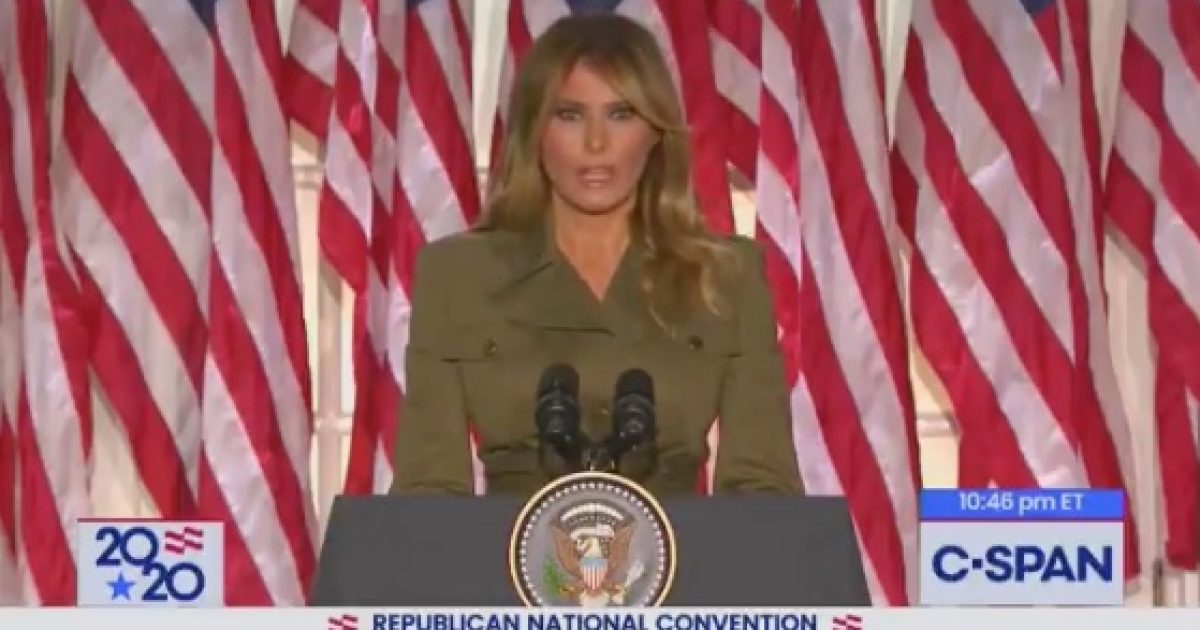 First Lady Melania Trump is on the receiving end of vile criticism over her Republican National Convention speech.

On the second night of the RNC, the First Lady delivered a compassionate address to the country.

Melania offered her “deepest sympathy” and concerns to those affected by COVID-19.

Melania talked about growing up under communism in Slovenia and how she dreamed of one day coming to America and thanked her parents for their support.

First Lady Melania Trump reflects on growing up in a communist country with dreams of coming to America#RNC2020 pic.twitter.com/lKNWckTBrU

As for the spike in violence, Melania called on Americans to “stop the violence” and put an end to the rioting and looting.

“I also ask people to stop the violence and looting being done in the name of justice and never make assumptions based on the color of a person’s skin. Instead of tearing things down, let’s reflect on our mistakes.”

The First Lady’s message was of unity for “people to come together in a civil manner,” and she said we need President Trump’s “leadership now more than ever.”

However, it didn’t take long for the haters to pounce.

#beBest is back! A UGE bore! She can speak several words in a few languages. Get that illegal alien off the stage!

Critics hit back on social media.

How many languages do you speak, Bette? Melania: Slovenian, English, French, Italian, and German.