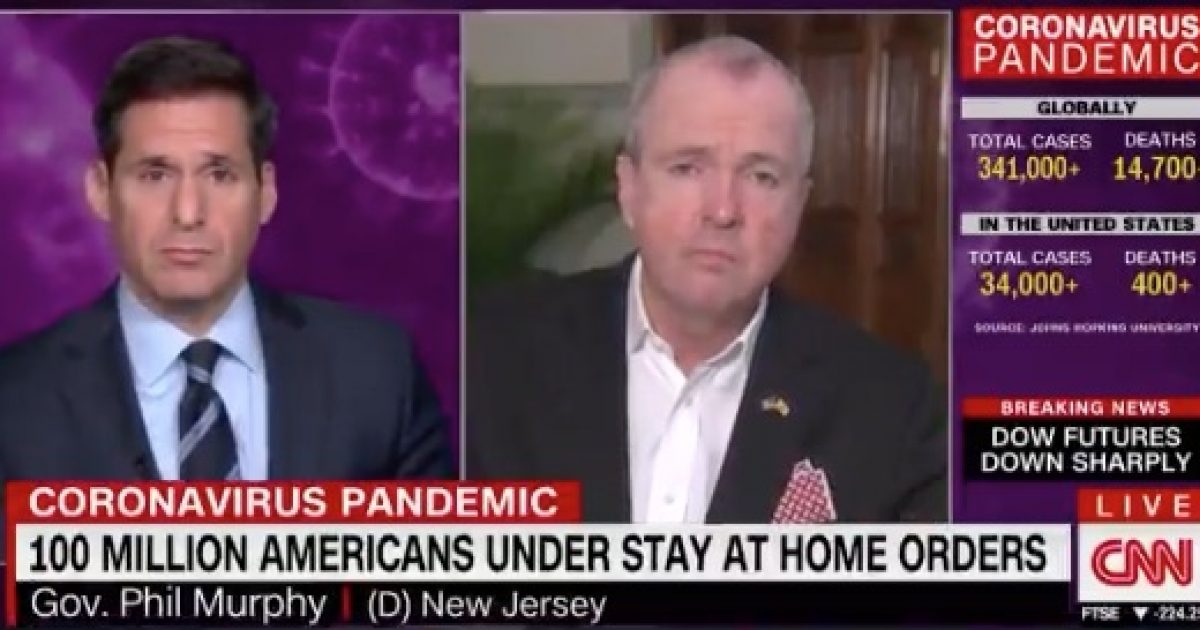 Both the New Jersey state assembly and the state Senate approved the legislation and Murphy is expected to sign the bill soon.

If signed, illegal aliens could obtain professional licenses “…including as accountants, cosmetologists and pharmacists.”

The Federation For American Immigration Reform (FAIR) criticized the legislation on its legal basis and its impact on jobs for American citizens residing in New Jersey.

Allowing those in the country illegally to get occupational or professional licenses takes jobs away from American citizens and legal immigrants. Already there are more than 1.3 million unemployed individuals in New Jersey who are suffering as a result of the Coronavirus pandemic and lockdowns.

FAIR also challenged the legal basis of the legislation, saying, “Under 8 U.S.C. § 1621 illegal aliens are precluded from receiving commercial and professional licenses.”

Meanwhile, Murphy is punishing a gym in his state for opening because it violates Wuhan China virus mandates.

The owners of The Atilis Gym were arrested and taken into police custody.

One of the owners Ian Smith challenged Murphy, saying, “You will not trample on our rights and you will not destroy our lives.”

It’s outrageous New Jersey Democrats want to grant rights to illegal aliens which will allow them to take professional jobs away from U.S. citizens.

This action is especially galling given the sky-high unemployment rate because of the economic impact due to the Wuhan China virus.

Once again, Democrats are putting illegal aliens before American citizens.