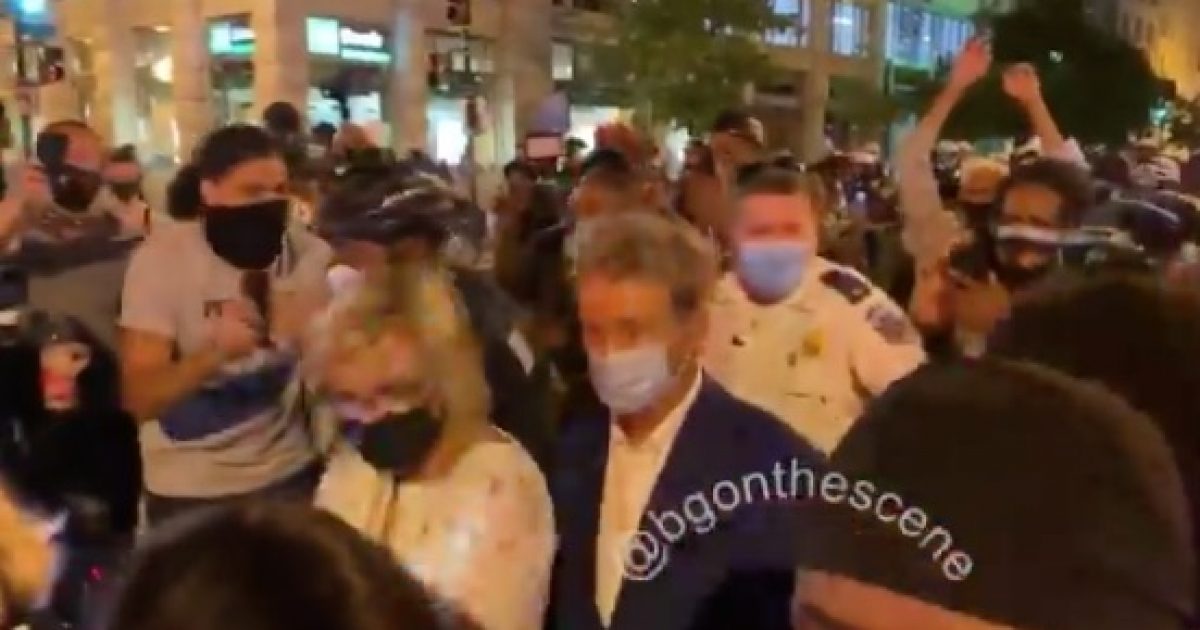 Republican Kentucky Senator Rand Paul and his wife were surrounded by an angry mob while leaving the Republican National Convention last night.

Washington D.C. police officers shielded the couple from the throng of radical protesters.

A violent BLM mob tries to assault @RandPaul & his wife @KelleyAshbyPaul as they leave the RNC White House event. pic.twitter.com/dgLcQaoc69

The Senator described the incident on Fox News.

Paul was not the only elected official that was threatened by the mob.

Others were also confronted and intimidated and the rioters fought with the police.

It is absolutely outrageous for Americans to be harassed and threatened after attending a political event.

Such mob action is a direct threat to our liberty and it must be denounced by Democrats including presidential candidate Joe Biden.