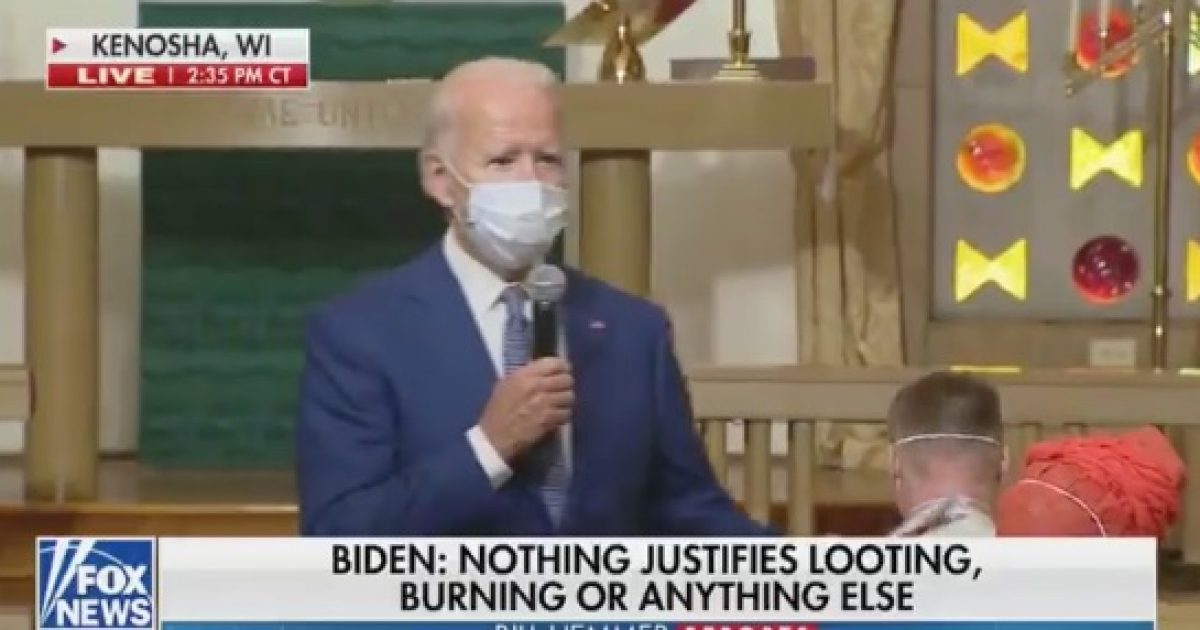 Violent rioting and destruction followed the shooting of Blake, a black male by a white police officer.

Biden, speaking without a teleprompter, traveled to Kenosha following President Trump’s visit and made a range of strange comments.

During his remarks, Biden made a very bizarre reference to getting shot if he spoke too long.

Joe Biden is Kenosha says that he can't lay out all his plans in more detail because if he goes on any longer "they'll shoot me." pic.twitter.com/N33k3wyuJl

Biden was critical of President Trump during his remarks and at one point in a creepy whispering voice, said the president hasn’t made inroads.

The weirdest part of Biden's speech in Kenosha pic.twitter.com/ISVuFz9sJw

Somehow, Biden alleged it was a black man, not Thomas Edison, who invented the light bulb and he was accused of rewriting history.

“We gotta, for example, why in God’s name don’t we teach history in history classes?” he told the crowd through a mask. “A black man invented the light bulb, not a white guy named Edison. OK? There’s so much. Did anybody know?”

A photo of a sparse audience was posted on social media.

There were numerous reactions to Biden’s bizarre comments.

Bizarre and frightening to think he could be the President.

Now we know why Biden’s handlers wanted him to stay in the basement as long as possible.

Biden is just too weird to be president.