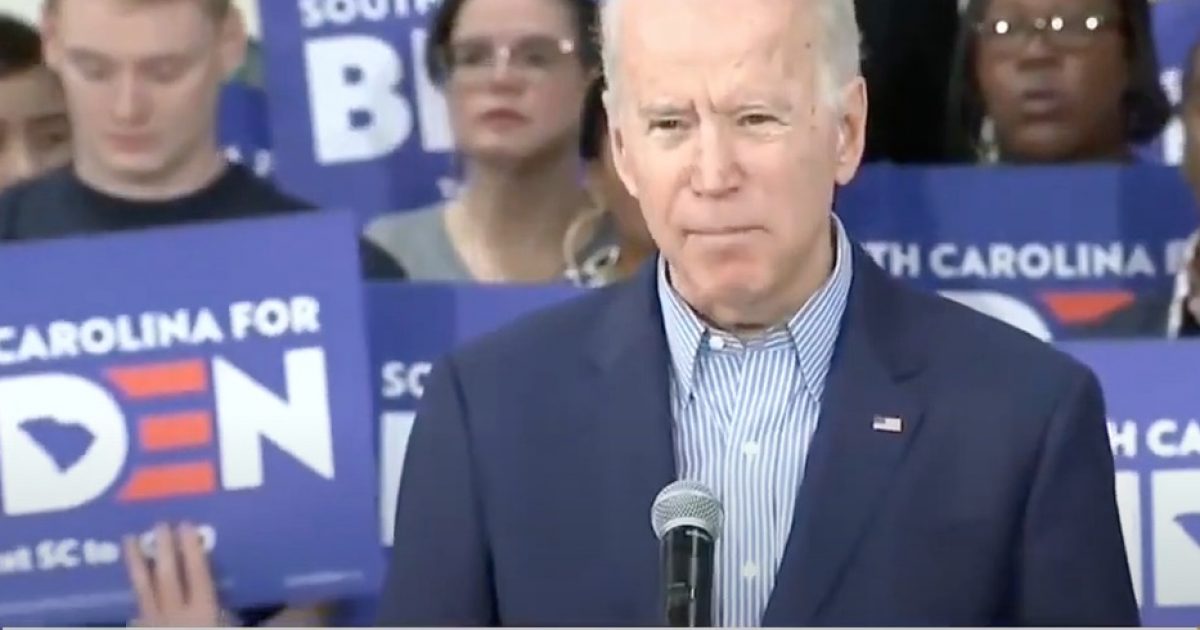 Democrat presidential candidate former Vice President Joe Biden had a message for America about the coronavirus in February, saying, “it’s not a time to panic about coronavirus.”

Compare Biden’s response to the pandemic over President Trump’s response earlier this year during his recorded discussions with journalist and author Bob Woodward.

Excerpts of Woodward’s new book, as well as taped interviews with President Trump, were released this week and the book is highly critical of the president over his response and handling of the China virus.

The part of Woodward’s book that has received the most attention so far is where Trump acknowledged that when it came to addressing the coronavirus pandemic, Trump “wanted to always play it down” despite knowing how bad it could potentially be.

President Trump blasted Woodward and questioned the timing of the release of their interviews.

Bob Woodward had my quotes for many months. If he thought they were so bad or dangerous, why didn’t he immediately report them in an effort to save lives? Didn’t he have an obligation to do so? No, because he knew they were good and proper answers. Calm, no panic!

Critics hit back at Woodward on social media.

Remember folks, Woodward is the Chief Senior Editor for WAPO. If Trump had said anything wrong, being the Democrat Operative that Woodward is, It would have been published with WAPO.

Instead he holds onto convos to use and embellish in his book.

Their desperation is showing.

President Trump banned travel from China saving countless lives, however, Biden criticized the president for doing so and called his actions “hysterical xenophobia.”

Following the release of the Woodward’s book excerpts and audio interviews, Biden went after President Trump.

The criticism of President Trump by Woodward, Biden, and others is hypocritical considering the comments Biden made earlier this year over the coronavirus.

With the election fast approaching, the timing of President Trump’s interview with Woodward over the coronavirus adds to the political chaos.

Clearly, Woodward is trying to damage President Trump ahead of the election and cash in on criticizing the president.