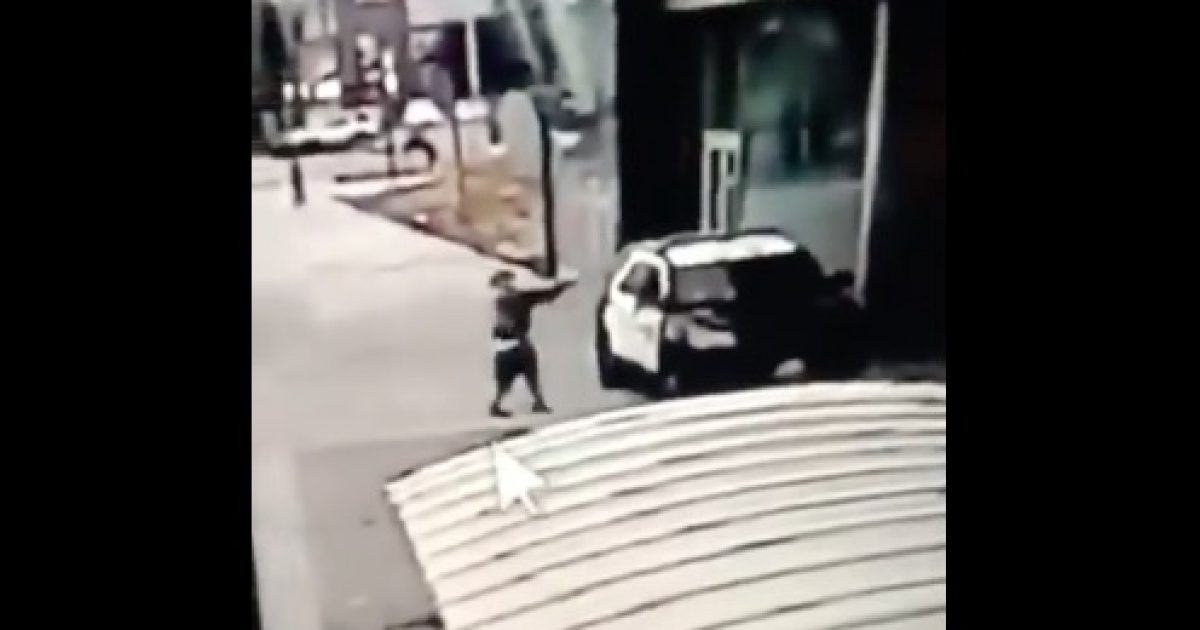 Two deputies from the Los Angeles County Sheriff’s Department were shot in an ambush attack.

According to Sheriff Alex Villanueva, a 31-year-old female deputy and 24-year-old male deputy were shot and are being treated at a hospital.

The Los Angeles Times reports the deputies are recovering after surgery.

The gunman is still at large.

A video captured the shooting.

Update: The gunman walked up on the deputies and opened fire without warning or provocation. pic.twitter.com/cBQjyKkoxJ

It’s also reported Black Lives Matter activists protested at the hospital where the officers are being treated with audio for the officers to “f**king die.”

Black Lives Matter activists confront law enforcement at Los Angeles hospital where wounded officers were taken after they were shot.

"To their family: I hope they f**king die.”
pic.twitter.com/bPgatQZYRI

Los Angeles County Sheriff’s Department responded to the protesters who gathered at the hospital and blocked the emergency room entrance.

To the protesters blocking the entrance & exit of the HOSPITAL EMERGENCY ROOM yelling "We hope they die" referring to 2 LA Sheriff's ambushed today in #Compton: DO NOT BLOCK EMERGENCY ENTRIES & EXITS TO THE HOSPITAL. People's lives are at stake when ambulances can't get through.

The war on law enforcement continues and Black Lives Matter activists continue to prove they are radical activists that detest the police.

Democrats including former Vice President Joe Biden must denounce Black Lives Matter as a destructive force in our country in order to protect law enforcement and society from the left-wing mob.