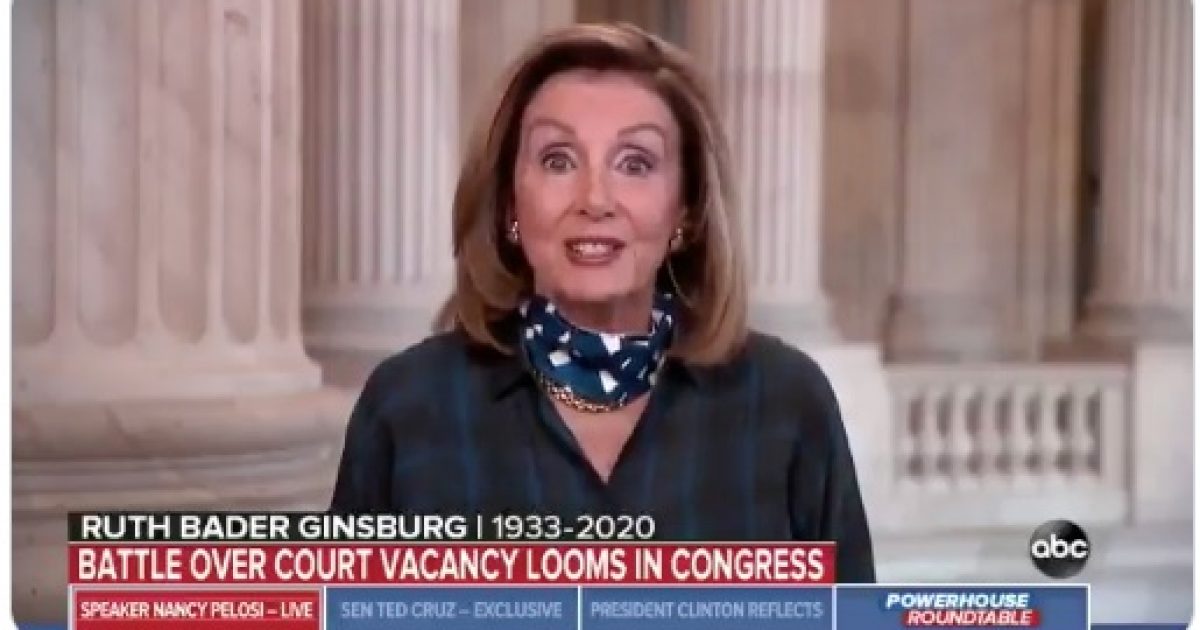 Democrat leaders are going wild over the possibility of President Trump filling a Supreme Court vacancy after the death of Justice Ruth Bader Ginsburg.

The threats by Democrats include packing the Supreme Court if former Vice President Joe Biden wins the presidency and if they take control of the Senate.

That means with Democrats’ control of the White House and the Senate, they would move forward by adding new liberal Supreme Court justices.

In this case, the Supreme Court would have a total of eleven justices instead of the current number that stands at nine.

Filling the SCOTUS vacancy during a lame duck session, after the American people have voted for new leadership, is undemocratic and a clear violation of the public trust in elected officials. Congress would have to act and expanding the court would be the right place to start.

The addition of the new justices would make the Supreme Court a liberal branch of government.

NEW: @EricHolder says if Republicans rush through another justice it would be an “illegitimate” 6-3 majority and Democrats should respond with court reform that includes adding additional justices to the Supreme Court. pic.twitter.com/JQohzRJZWF

Another impeachment is also on the horizon.

During an interview on ABC’s “This Week,” Speaker Nancy Pelosi (D-Calif) did not reject impeaching President Trump as a method to stall the Senate from approving the president’s Supreme Court nominee.

Pelosi doesn’t count out Impeaching President Trump for using a power that is granted to him by the U.S. Constitution. pic.twitter.com/njvXzlPF08

Senate Minority Leader Chuck Schumer (D-NY) told his Democrat Senate colleagues “Nothing is off the table.”

Former President Bill Clinton made comments about Ginsberg, whom he nominated, and comments on Democrats response to the president when he nominates a new justice which is expected this week.

The lesson here is that Democrats are a threat to our current system of government.

If they gain power in November, Democrats will push forward with making structural changes to our government by expanding the Supreme Court and changing Senate rules which will allow them to make laws with a simple majority of Senators.

The threats by Democrats must serve as a rallying call to Republicans to support President Trump and make sure Republicans hold the Senate.