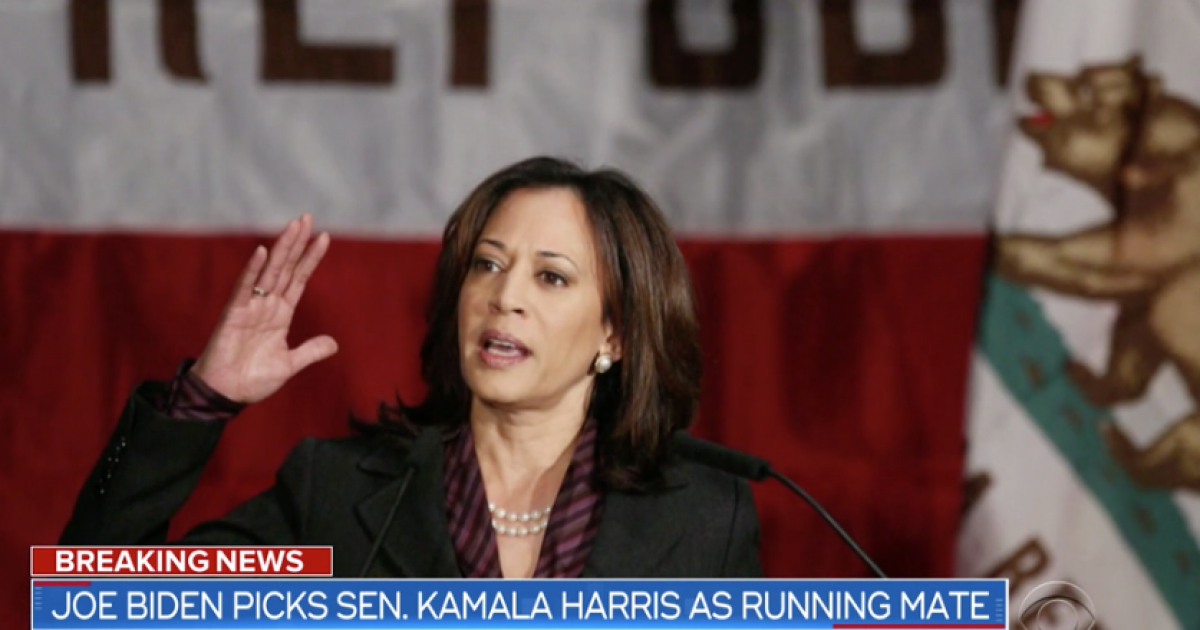 Harris made the plea prior to being named Democrat presidential candidate Joe Biden’s vp running mate.

Harris’s image is on the donor page. 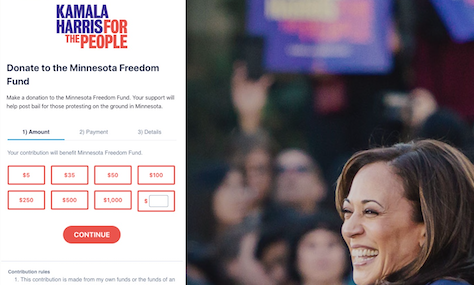 According to Just the News, “Biden campaign staffers also donated,” as well as well-known Hollywood celebrities.

The fund has reportedly raised over $35 million with the help of donations from celebrities, including Steve Carell, Cynthia Nixon, Seth Rogen and Don Cheadle. In recent years, the fund raised about $100,000 in donations, according to tax filings.

Look what they did to my black neighborhood in St. Paul!
YOU ARE BAILING THEM OUT?!! They looted & burned our black owned businesses!!!
Democrats support Black communities being looted & burned!
STOP VOTING FOR DEMOCRATS! pic.twitter.com/WNwqydx0Oy

No, I don't stand with rioters.

Sadly, innocent citizens are suffering the consequences of extensive damage and destruction caused by the radical mob.

MUST WATCH TV: If you’re still unclear what impact the rioting and violence is having on the most vulnerable among us, please listen to Stephanie, a disabled Minneapolis woman who offers her heart-wrenching experience after last night’s violence. Great work by ⁦@BenryNews⁩ pic.twitter.com/k73Q65Psvs

Clearly, Harris is siding with the radical mob by brazenly promoting a fund providing bail money for people who have broken the law and as a career California prosecutor, she should know better.

The words and actions by Harris speak volumes and siding with violent protesters is reckless and irresponsible.

Most important, Harris’s support for rioters exposes her radical views and completely undermines Biden’s promise to bring safety and security to American cities.

During his speech in Pittsburgh, Pennsylvania this week, Biden said:

Ask yourself, do I look like a radical socialist with a soft spot for rioters? Really? I want a safe America, safe from COVID, safe from crime and looting, safe from racially motivated violence, safe from bad cops.

Yes, Joe, the actions of your staff and your vice president pick shows you have a soft spot for rioters.