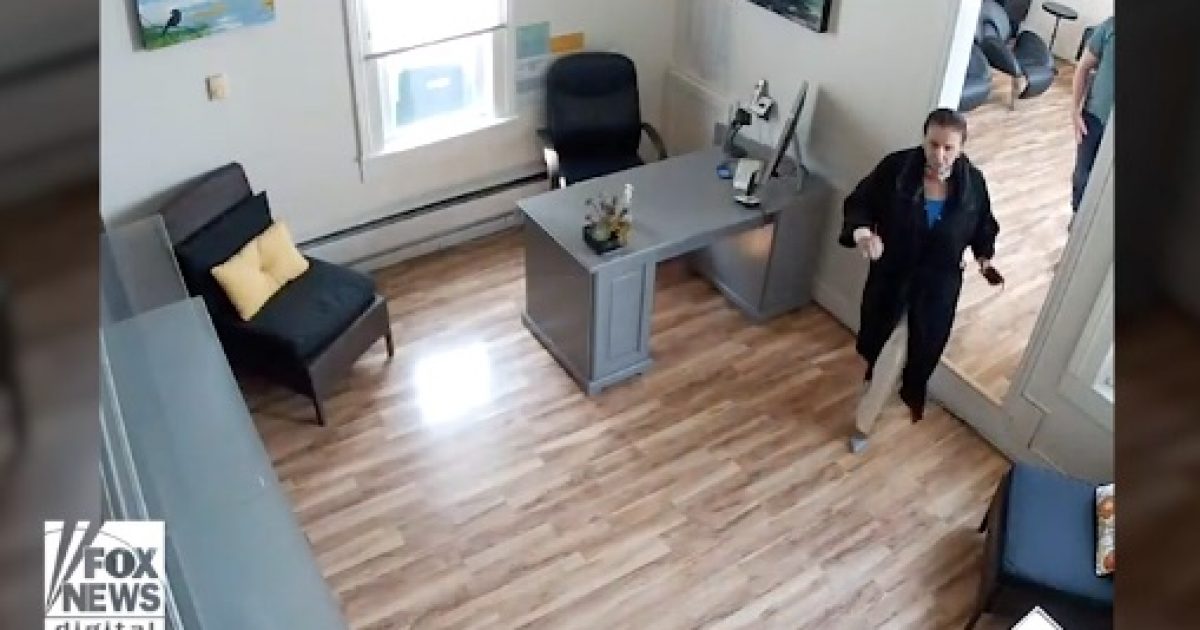 Pelosi visited a San Francisco hair salon on Monday for services and wasn’t wearing a mask.

Although San Francisco salons were shuttered in March over the virus and scheduled to reopen September 1 for outdoor services, Pelosi was serviced inside the salon.

In security footage obtained by Fox News, #Pelosi is seen walking through the salon Monday w/ wet hair &without a face mask over her mouth or nosehttps://t.co/pPwoR3XT3X

Erica Kious, the salon owner, was contacted by an independent stylist renting a chair in her shop that Pelosi would be there Monday afternoon.

“I was like, are you kidding me right now? Do I let this happen? What do I do?” Kious told Fox News, while noting that she “can’t control” what her stylists do if they rent chairs from her, as “they’re not paying” at this time.

Crazy Nancy Pelosi is being decimated for having a beauty parlor opened, when all others are closed, and for not wearing a Mask – despite constantly lecturing everyone else. We will almost certainly take back the House, and send Nancy packing!

“All animals are equal, but some animals are more equal than others.” ~ George Orwell, Animal Farm “Pelosi used shuttered San Francisco hair salon for blow-out, owner calls it 'slap in the face'”https://t.co/4TTZqOHVOK

So Pelosi gets her hair done (salons aren’t allowed to open in San Fran) & doesn’t wear a mask? I love when politicians expose themselves.

Pelosi isn’t the only Democrat bureaucrat to break the rules during the pandemic.

Earlier this year, Democrat Chicago Mayor Lori Lightfoot urged Chicago residents not to leave their home due to the China virus but she broke that rule by getting her hair done.

The double standard was so extreme, Lightfoot was criticized on ABC’s “The View.”

While indoor dining in Philadelphia was banned in March over the pandemic, Philadelphia Mayor Jim Kenney was caught dining at a Maryland restaurant.

I know some are upset that I dined indoors at a restaurant in Maryland yesterday. I felt the risk was low because the county I visited has had fewer than 800 COVID-19 cases, compared to over 33,000 cases in Philadelphia.

Regardless, I understand the frustration.

Michigan Governor Gretchen Whitmer’s husband was caught trying to get his boat released in time for the Memorial Day weekend, calling himself the “First Gentleman” of Michigan hoping to expedite the process.

Whitmer downplayed the event saying it was her husband’s “failed attempt at humor.”

The elitist attitude and behavior of Democrats during the COVID-19 pandemic is outrageous as they expose themselves to be entitled and out of touch.

While Americans face punishment for not adhering to the pandemic rules, Democrats caught seeking special treatment are the epitome of a double standard and are not held accountable.