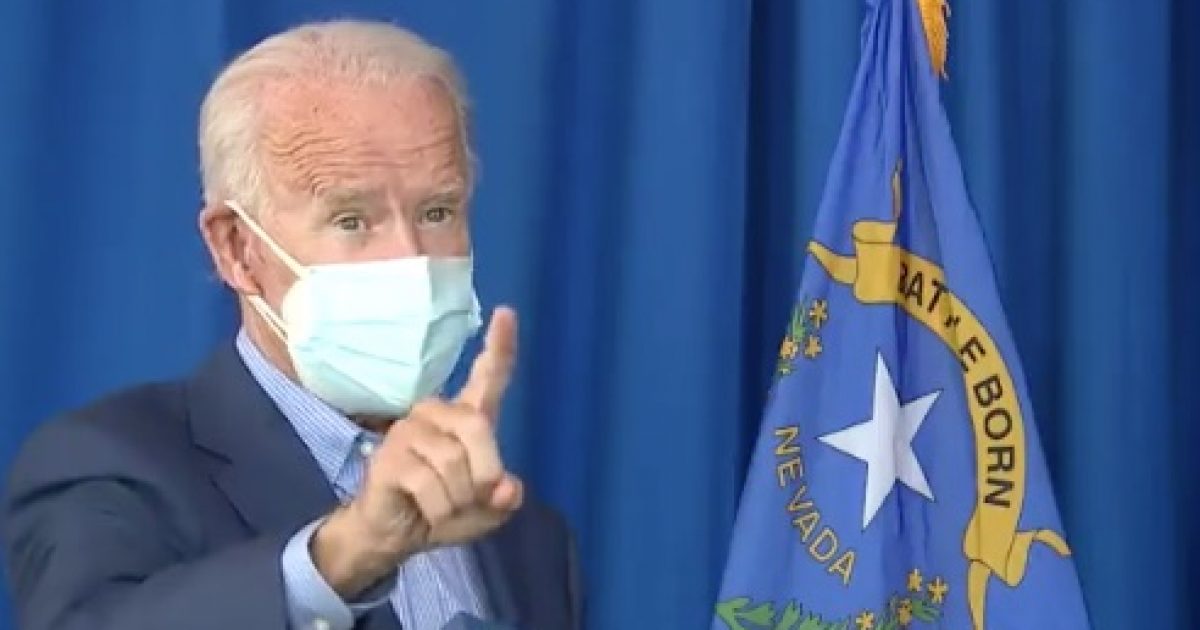 Democrat presidential candidate former Vice President Joe Biden staunchly refuses to admit where he stands on whether or not he will pack the U.S. Supreme Court if elected president.

At a campaign stop in Las Vegas on Friday, Biden was asked by 13 Action News Anchor Ross DiMattei about packing the Supreme Court but refused to answer the question, saying he, “already said something about the courts.”

Biden got defensive when pressed about the issue and exclaimed voters don’t deserve to know.

I pressed @JoeBiden on whether he plans to #PackTheCourt if he wins and whether voters deserve an answer to the question. Here's his response:#Election2020 #Nevada #LasVegas #SupremeCourt @KTNV #VOTE pic.twitter.com/lL3dl0vQGT

Notice how DEFENSIVE and IRRITATED “JOE” gets when pressed. He’s gonna crack under pressure!!!

During a conference call with activists over the weekend, Tennessee Republican Senator Marsha Blackburn raised the question of Biden’s temperament when he was pressed about the issue.

“Why does he get physically angry anytime a reporter dares to ask him his most basic position on questions that pertain to the three branches of government?” Blackburn asked.

By not denying it, it’s clear Biden will pack the Supreme Court.

Biden isn’t alone in not answering the question.

Biden’s vp running mate California Senator Kamala Harris refused to answer the question of packing the Supreme Court during last week’s vice presidential debate and is on record admitting she’s open to it.

And of course there's video

The radical Democrat base is calling for Biden to pack the U.S. Supreme Court and he will do anything to appease his far-left base.

Make no mistake about it, if Biden and Harris get a chance they will pack the U.S. Supreme Court with far-left judges.

Biden is hiding the truth about his real intensions because he fears political backlash from voters.