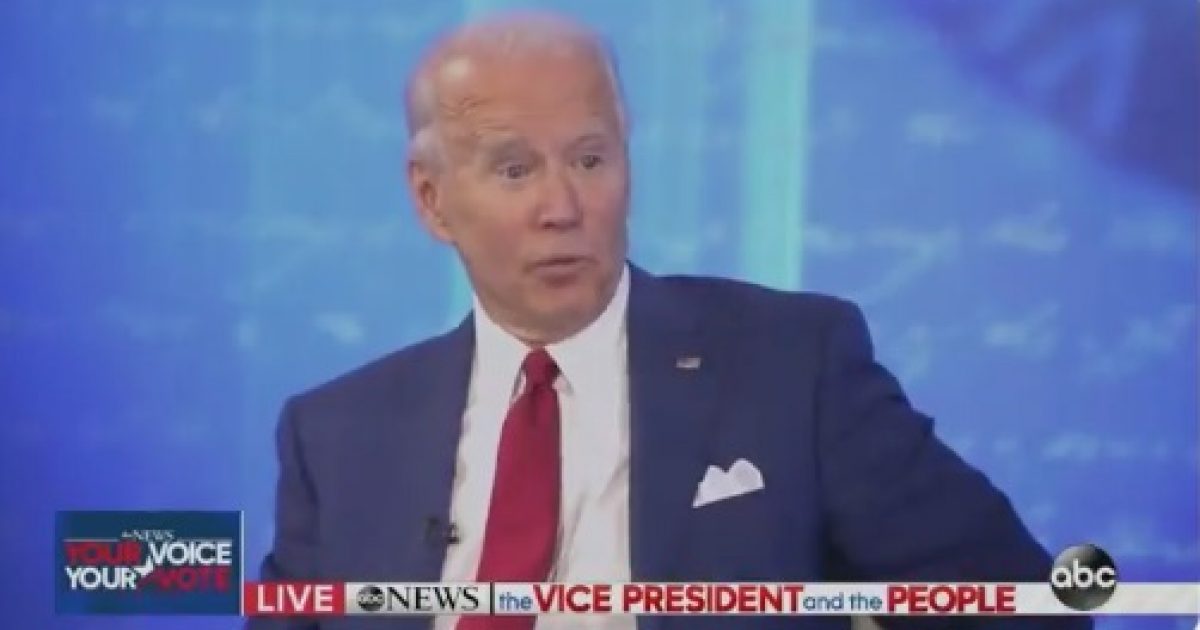 Former Vice President Joe Biden lied about getting the boilermaker union’s endorsement during his town hall on ABC News.

George Stephanopolous asks @JoeBiden if he supports the #GreenNewDeal, which his climate plan calls a “crucial framework”; Biden gets confused and says his plan doesn’t reference the Green New Deal pic.twitter.com/zKqRxLoxg0

Members of the Boilermakers Local 154 in Pittsburgh, Pennsylvania, were outraged over Biden’s comment because the union is backing President Trump.

The Washington Free Beacon reports on the union members reaction:

“We had a moment of disbelief when our members started blowing our phone up because they said we flip-flopped on our endorsement,” Steffee told the Washington Free Beacon. “Nobody from his staff—nobody—has ever spoken with us, so I don’t know where he’s coming up with that.

Fracking is an important job created in the U.S. and it’s really important in Pennsylvania.

As the story notes, fracking is big in Michigan and Ohio, employing over 400,000 workers and Pennsylvania has about 320,000 workers.

Biden and his vice presidential nominee Senator Kamala Harris (D-Calif) insisted they would ban fracking during the Democrat primary but now they are switching positions in order to win energy-producing states.

Fracking has helped make western Pennsylvania part of the Great American Comeback! The Biden/Harris Green New Deal will eliminate thousands of energy jobs in our region. Say no to Joe! https://t.co/OyabUoeeQU

Harris also lied during the vice presidential debate as pointed out by CBS News.

When it comes to the issue of fracking, Kamala Harris wasn’t telling the truth on the debate stage.

“July 31, 2019, when asked about that, VP Biden left a very strong impression that fracking would be eliminated.” #VPDebate pic.twitter.com/w5YjRlobxi

The Boilermakers Local 154 was justified in calling out Biden.

Biden’s energy policy that is based on the Green New Deal calls for a dramatic reduction of carbon dioxide emissions and the easiest and fastest way to reach that goal is to ban the use of fossil fuels.