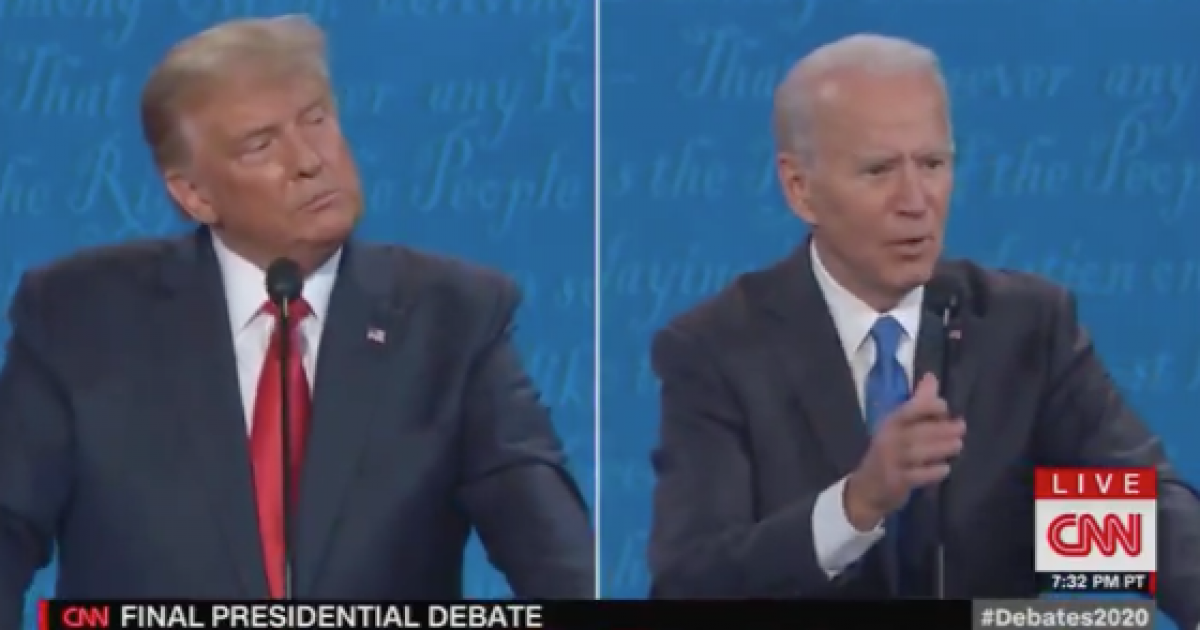 Former Vice President Joe Biden lied about fracking during the second presidential debate with President Trump and then went on to promise he would end the use of oil.

In a shocking statement, Biden said he never opposed fracking and President Trump was quick to pounce on the former vice president’s lie.

Biden went as far as to dare the president to show video proof of his statements critical of fracking.

.@JoeBiden: "I have never said I oppose fracking."

Biden has previously said "no new fracking" during the primary debates, but has since backed off after securing the nomination. pic.twitter.com/avmfr1JnbK

Social media was quick to highlight the number of times Biden pledged to get rid of fracking.

Narrator: he has said SEVERAL times that he would end fracking. pic.twitter.com/3kcZaAeGf4

It was such a significantly false statement, a major news outlet pointed it out.

Then Biden attacked the oil industry.

Joe Biden says he will "transition from the oil industry" pic.twitter.com/0TgtYhhLEZ

Launching a war on the oil industry will hurt Biden in certain states including Pennsylvania where about 370,000 workers are employed by the energy sector.

Attacking oil was such a big political mistake that the New York Times White House correspondent Maggie Haberman acknowledged the error on CNN.

Even Maggie Haberman of the New York Times admits that will cost Biden in key states like Ohio and Pennsylvania. pic.twitter.com/gjAw4hCLKM

Getting rid of fracking and oil is the goal of the Green New Deal which is the basis of Biden’s energy policy.

The bottom line is Biden will say anything to get elected.

When he was running against Green New Deal supporter Senator Bernie Sanders (I-Vt), Biden was against fracking but now that he needs votes in Pennsylvania, he denies he said he opposed it.

Biden’s lie about fracking shows he is not trustworthy which is what you get from a 47-year career politician.