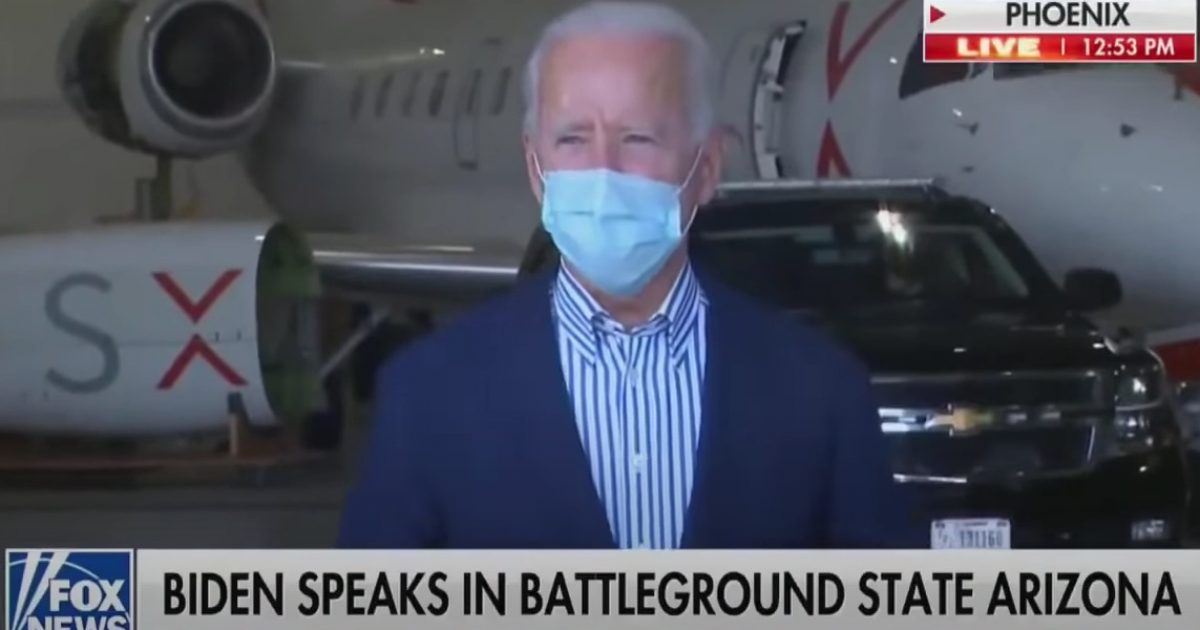 Democrat presidential candidate former Vice President Joe Biden still refuses to go on record where he stands on whether or not he will pack the U.S. Supreme Court.

Speaking at an event yesterday in the battleground state of Arizona, Biden responded to reporters who asked the question about packing the Supreme Court, saying, “You’ll know my opinion on court-packing when the election is over.”

Although Biden won’t answer the question, he has opposed packing the courts in the past and at one point said it was a “power grab.”

Biden has previously opposed court-packing. In July 2019, during the Democratic presidential primaries, Biden said he opposed expanding the nation’s highest court, and he also opposed it during a primary debate in October 2019.

Biden’s lack of response isn’t sitting too well with the public.

Critics weighed in on social media.

Joe Biden’s offensive and unacceptable “You’ll know my position on court-packing the day after election” reveals Biden‘s understanding that the media has not and will not hold him accountable for anything.

Ironically, there was some backlash from the media.

not sure I've ever seen a politician explicitly say I'm not telling you what I think about an important issue until after you vote for me. https://t.co/qYFWPnyaFV

This doesn’t make any sense. https://t.co/suFBF6OTRi

Can he really hold to this same answer for 26 days? https://t.co/HKpR4n8hME

Biden isn’t alone in not answering the question.

Even though Harris refused to answer the question of packing the Supreme Court during this week’s vice presidential debate, she’s on record admitting she’s open to it.

And of course there's video

17 DAYS: Biden and Harris STILL refuse to come clean about their plans to rig the Supreme Court. https://t.co/zJ0a7ScHpN

The silence is deafening with Biden and Harris refusing to answer the question of packing the Supreme Court for fear of enraging their radical base and scaring away moderate voters.

By not denying it, it’s clear Biden and Harris would pack the Supreme Court if they get the chance.