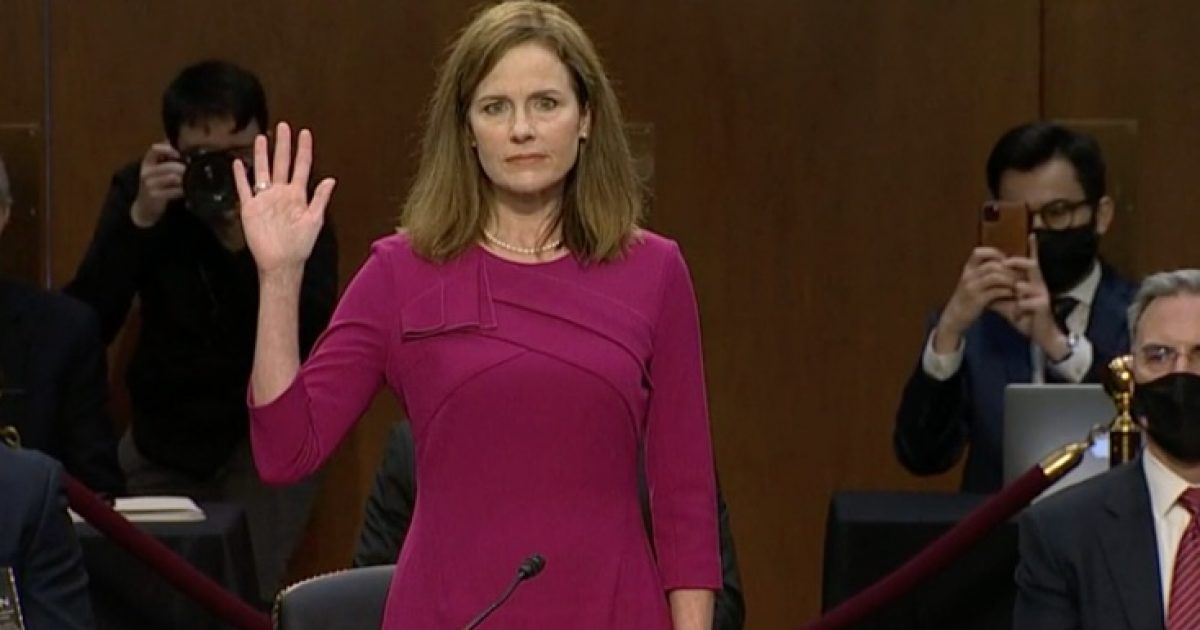 The liberal CNN raised eyebrows by cutting away from the hearing early on, instead having pundits bash Barrett and then pivoting to mostly coverage of the coronavirus pandemic.

I think we can officially call "time of death" on CNN as a news network, with them not showing the Barrett hearings.

Why is CNN the only network not carrying the confirmation hearing for Supreme Court nominee Judge Amy Coney Barrett? ??? pic.twitter.com/NdGKEl0zip

First Supreme Court confirmation hearing I can remember that @CNN isn’t covering gavel to gavel (you wouldn’t even know it’s happening). @MSNBC and @FoxNews both have it on. Why? pic.twitter.com/RW7TBY2Jbh

There was no shortage of personal attacks against Judge Barrett.

Well, clearly Amy Coney Barrett is not taking my advice.

It does seem telling that the Republicans who have spoken so far have emphasized Amy Coney Barrett's fertility and family size. It's almost like the message is, ok you're a very successful Career Woman, but you've justified your selfish ambitions by having seven kids so it's ok.

Even Judge Barrett’s dress selection for Monday was criticized.

Women lawyers & judges wear suits, including dresses with jackets, for work. It is not a great look that ACB consistently does not. No male judge would be dressed in less than correct courtroom attire. It’s inappropriately casual. pic.twitter.com/90VSbsgaU2

Judge Barrett is well qualified for the U.S. Supreme Court and has overwhelming support from her colleagues and students.

However, the personal attacks against Judge Barrett are not surprising given her detractors are unable to challenge her judicial career record and character.

Obviously, CNN choosing to not air a substantial portion of Judge Barrett’s confirmation hearing is nothing short of censorship.

Critics of Judge Barrett will do everything possible, from silencing her voice or launching personal attacks, because they can’t attack her career record.