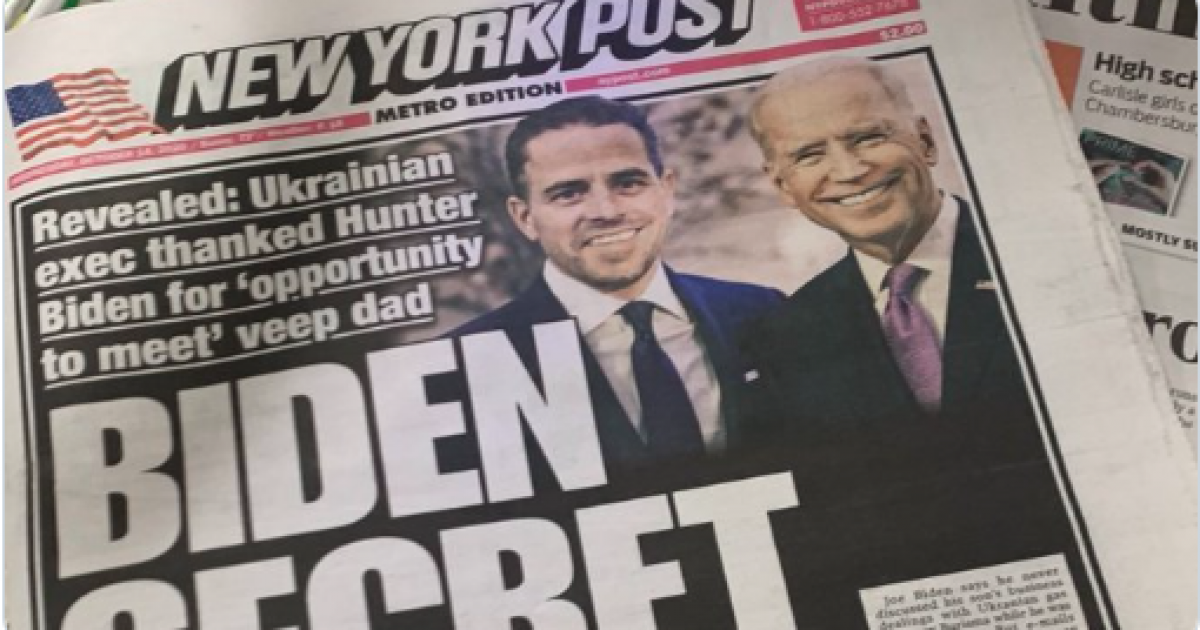 The news story published an email from an advisor to a Ukraine based natural gas company Burisma to Hunter Biden thanking him for arranging a meeting with his father who was the vice president at the time.

Hunter Biden introduced his father, then-Vice President Joe Biden, to a top executive at a Ukrainian energy firm less than a year before the elder Biden pressured government officials in Ukraine into firing a prosecutor who was investigating the company, according to emails obtained by The Post.

The news story also raises serious questions about the former vice president’s role in threatening to block a $1 billion guaranteed loan to Ukraine unless the country fired a prosecutor who was looking at corruption into Burisma where Hunter was on the company’s board of directors.

Here is Joe Biden bragging about his threat to Ukraine:

Months after @JoeBiden met with the Ukrainian executive that his son, Hunter, was taking $50K/mo from, Joe bragged about getting the prosecutor fired that was investigating his son!

The meeting with Burisma’s advisor mentioned in the published email occurred months before the vice president’s threat.

WATCH Joe Biden look America directly in the face & lie about using the office of the Vice President to enrich his family.

We have the hard proof in black and white now. Biden sold out his country for foreign cash and lied about it

The Biden campaign did not challenge the authenticity of the email but claimed the former vice president’s schedule did not show the meeting on his calendar.

If the scenario is verified, this raises serious questions about the honesty of Joe Biden and shows the former vice president used his government position to boost his son’s career and income.

Keep in mind, Hunter had no prior experience in the energy sector or Ukraine so it’s clear he was on the board of Burisma because of his father’s influence.

Ask the right questions indeed @JoeBiden…
They are coming! https://t.co/ERbg0ywwap