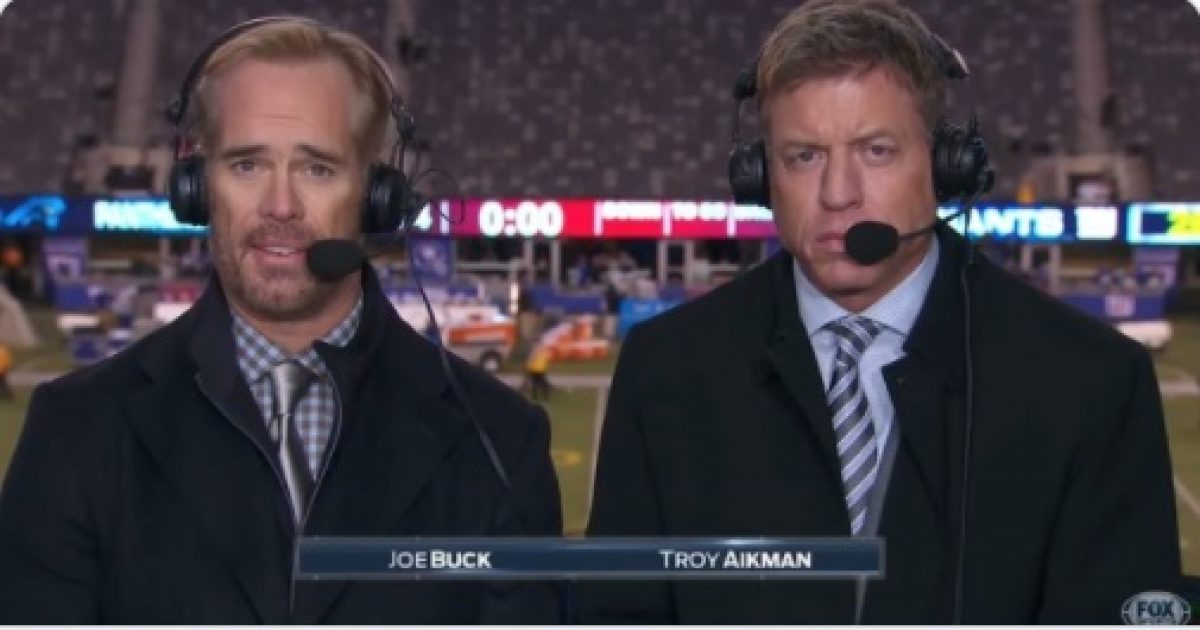 Over the weekend, Fox Sports broadcasters Troy Aikman and Joe Buck mocked a military flyover before the game between the Green Bay Packers and the Tampa Bay Buccaneers.

Defector Media posted the comments between Buck and Aikman and it’s being reported the broadcasters didn’t realize their microphones were “hot.”

Aikman complained about the use of jet fuel for the flyover and Buck said, “That’s your hard-earned money and your tax dollars at work!”

Then the former NFL quarterback added, “That stuff ain’t happening with [a] Kamala-Biden ticket. I’ll tell you that right now, partner.”

Even Joe Buck and Troy Aikman find pregame flyovers to be a little much these days: https://t.co/0IZL6GhmZy pic.twitter.com/G4EpB3SYtN

The comments by the two Fox Sports broadcasters were sharply criticized on social media.

The negative comments about military flyovers add to the concern about professional sports leagues, including the NFL, are being too political.

So @NFL @FOXSports tell me how mocking a military flyover is good for ur brand? @TroyAikman @buck https://t.co/umnBNbDEiS

Not long ago, sports served as an escape from the struggles of everyday life but now professional sports are just another part of the anti-military, anti-law enforcement, and in fact, anti-America sentiment.

Buck’s and Aikman’s remarks exposed their liberal bias and it will only alienate fans who love their country.