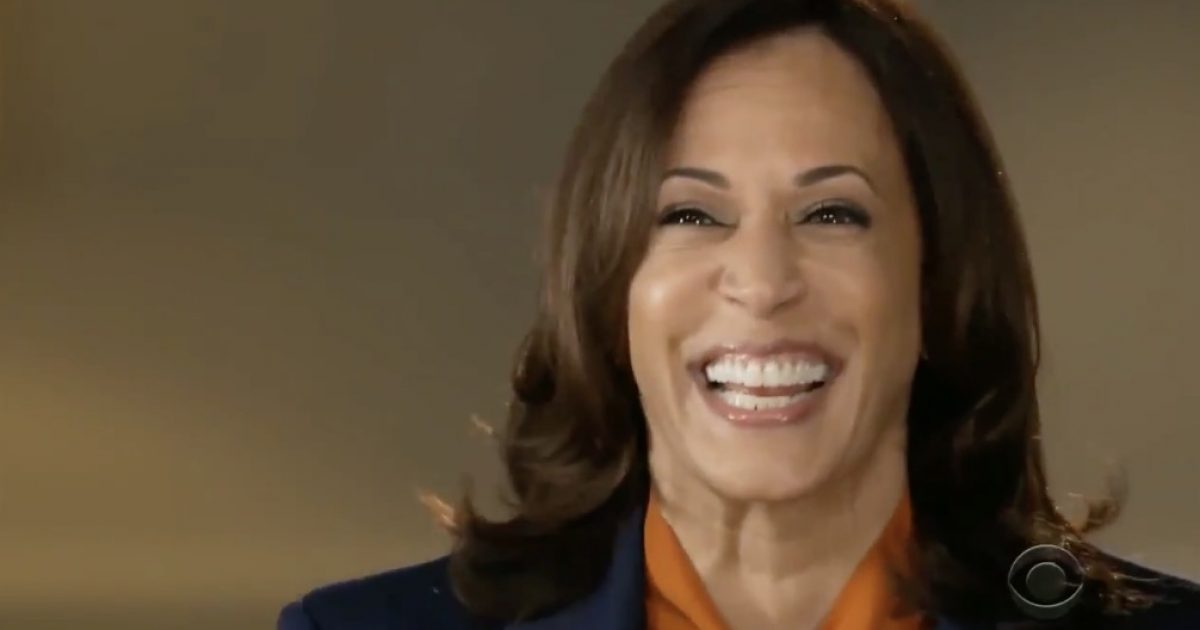 On Sunday, Harris appeared on 60 Minutes with CBS News anchor Norah O’Donnell and was asked if her input to Democrat presidential candidate former Vice President Joe Biden would come from a “socialist or progressive perspective” if they were elected into the White House.

O’Donnell took note on how Harris’ views are different than Biden’s.

Harris’ first reaction was to laugh at the question like it was a joke but it was clear she didn’t know how to respond.

Harris (D-Calif.) laughed off journalist Norah O’Donnell’s question during the “60 Minutes” interview about being rated the “most liberal” senator by GovTrack. She laughed again when she called herself someone who likes hip-hop.

Sen. Kamala Harris busts out laughing at Norah O'Donnell's question if she presents a 'Socialist or Progressive perspective.' pic.twitter.com/LtNnrAIXng

The question about her left-wing beliefs shouldn’t have been a surprise to Harris because the preceding question from O’Donnell was about her being considered the “most liberal” Senator.

Here is the full clip with the first question and then the follow up about Harris’ political views.

Initially, Harris tried to blame Vice President Mike Pence for labeling her the most liberal Senator but O’Donnell called her out on that one.

It doesn’t appear O’Donnell was trying to be especially challenging to Harris.

O’Donnell asked Harris a softball question about race including if the Senator considers President Trump a racist.

To no surprise, Harris said the president was a racist.

“Yes, I do. You can look at a pattern that goes back to him questioning the identity of the first Black president of the United States.” https://t.co/EF7jsaRXM5 pic.twitter.com/w3n8zUbU6D

Harris is known as the most radical U.S. Senator.

It’s surprising Harris could not effectively answer the most basic and obvious questions about her background and her potential working relationship with Biden.

Harris, like Biden, has been hiding from the media and the lack of practice answering questions as potential vice president is new to her.

The fact that Harris can’t handle and be prepared for the most obvious questions shows she is ill prepared to be vice president or possibly president if Biden’s health fails if he wins the White House post.

The last thing our country needs is Kamala Harris anywhere near the White House.