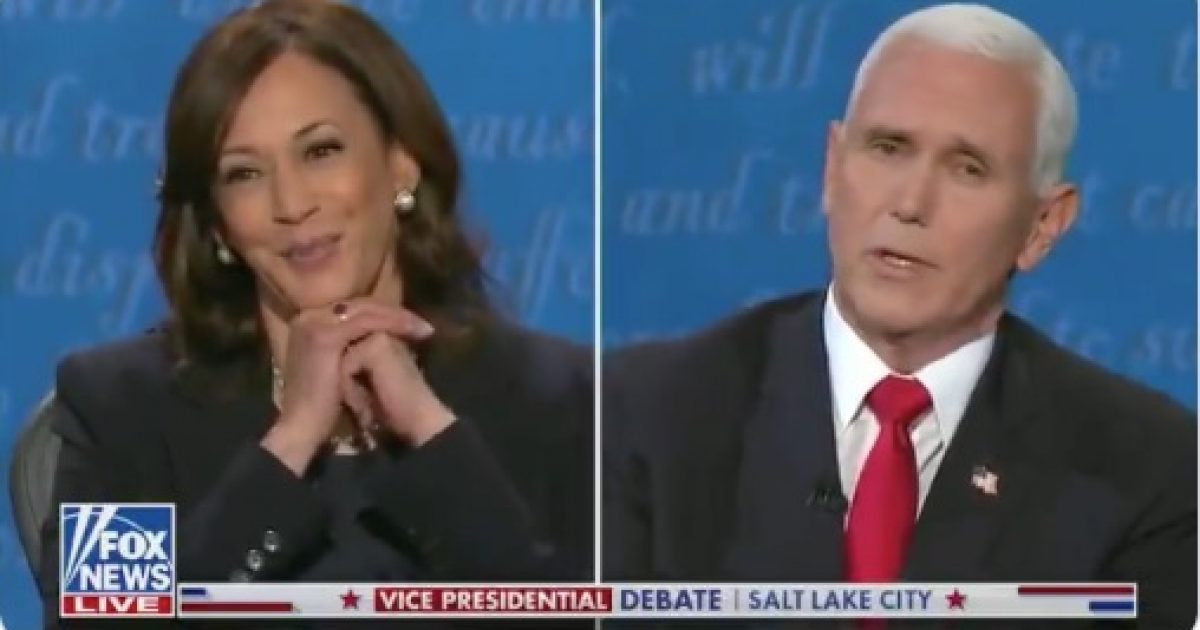 Right from the start, Harris ignored a direct question regarding if former Vice President Joe Biden was elected president would he order a national lockdown and issue a national mask mandate to address the coronavirus.

The moderator asked, “Would you impose new lockdowns for businesses and schools in hotspots? A federal mandate to wear masks?”

The biggest dodge by Harris was on the issue of packing the U.S. Supreme Court.

There is a deep concern if the Democrats control the White House and Senate they will add liberal judges to the Supreme Court to grab a liberal majority.

“Harris wouldn’t answer the question about the court packing, and that’s significant. Biden and Harris should answer it.” pic.twitter.com/KRsZGVHlg8

In addition to avoiding questions, Harris misled Americans on the Biden-Harris ticket position on fracking.

CBS News fact check exposed the conflicting statements the Biden team has made on fracking.

When it comes to the issue of fracking, Kamala Harris wasn’t telling the truth on the debate stage.

“July 31, 2019, when asked about that, VP Biden left a very strong impression that fracking would be eliminated.” #VPDebate pic.twitter.com/w5YjRlobxi

Pennsylvania Republican Representative Mike Kelly also called out Harris over her fracking comment during the debate.

Fracking has helped make western Pennsylvania part of the Great American Comeback! The Biden/Harris Green New Deal will eliminate thousands of energy jobs in our region. Say no to Joe! https://t.co/OyabUoeeQU

The inability of Harris to be honest with Americans exposed her as a politician who will say anything to get elected.

Pence was the clear winner in the debate.