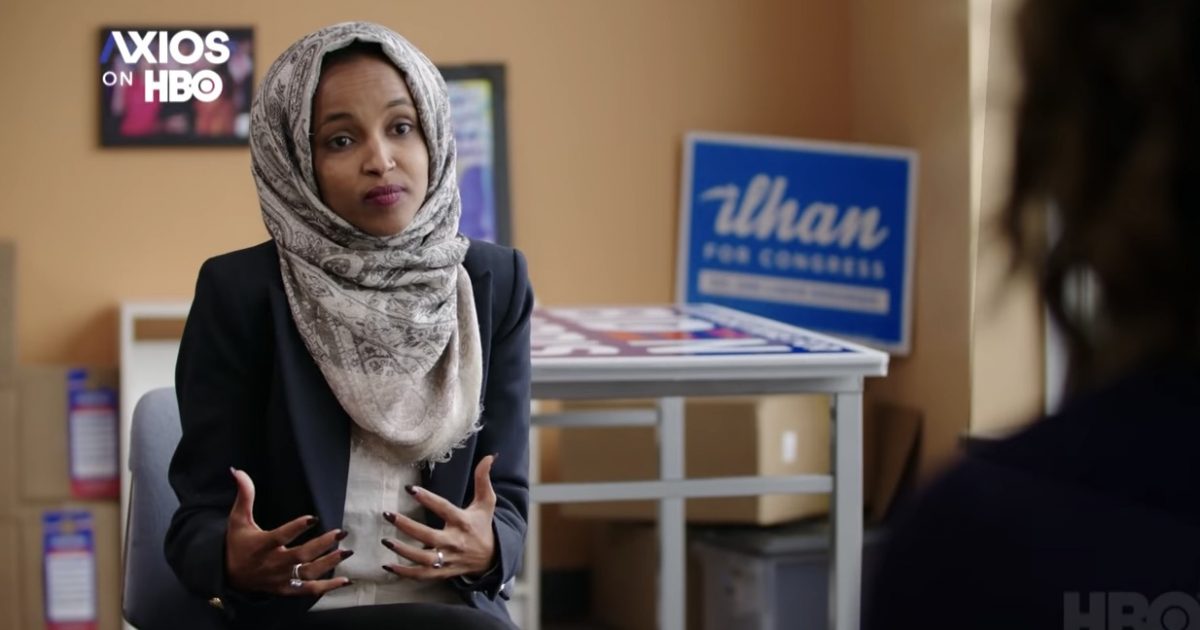 Minnesota Democrat Representative Ilhan Omar is making it clear that a Democrat Congress will make a Joe Biden presidency progressive.

Rep. Ilhan Omar expects Democratic presidential nominee Joe Biden, if elected, will become far more progressive than the moderate he has presented himself as.

Policies such as the Green New Deal and Medicare-for-all are specific far-Left policy goals Omar is vying for under a Biden presidency.

Omar made the comments during an interview on Axios on HBO.

Omar isn’t the only progressive in Congress with a radical policy agenda under a Biden presidency.

Republicans do this because they don’t believe Dems have the stones to play hardball like they do. And for a long time they’ve been correct. But do not let them bully the public into thinking their bulldozing is normal but a response isn’t. There is a legal process for expansion.

By expanding the court we fix this broken system and have the court better represent the values of the American people.

We are going to take back the White House & Senate next week with a resounding mandate from the people to fight back against Trump’s illegitimately stacked judiciary. We must expand the Court if we’re serious about the transformational change the people are crying out for.

We reject this injustice.

We will fight for our rights.

We will legislate our values. pic.twitter.com/lB55BCTvPa

Clearly, progressive Congressional Democrats will be calling the shots if Biden is elected president.