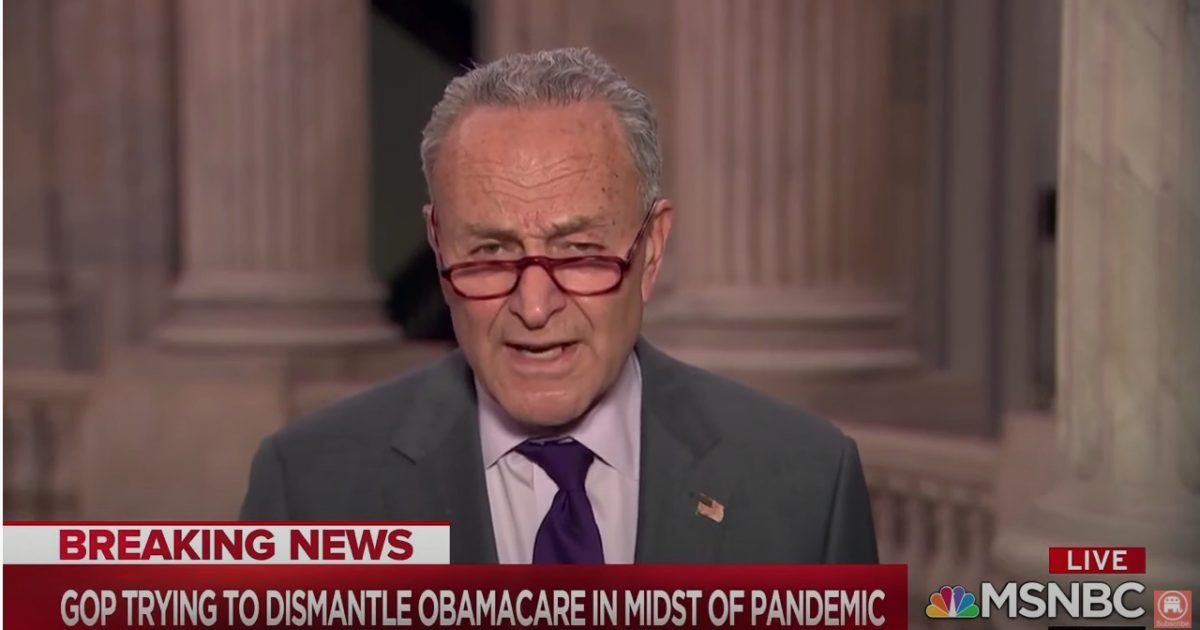 The nomination of Judge Amy Coney Barrett to the Supreme Court by President Trump exposed the Democrat plan to radically change Congress.

Senate Minority Leader Chuck Schumer (D-NY) promised to change the rules of the Senate and add seats to the legislative body if Democrats take control of the Senate.

Democrat Sen. Chuck Schumer: “I’m not busting my chops to become majority leader” in the Senate to be stopped by the filibuster, "everything is on the table"https://t.co/oglzYpNm6c pic.twitter.com/G3OU9dvBRr

Specifically, Schumer has a keen interest in making the District of Columbia and Puerto Rico states.

That would mean Democrats would add four additional Democrat Senators to the Senate.

Schumer also pushed the idea to remove the filibuster rule from the Senate.

Changing the filibuster rule means a simple majority of Senate votes would be sufficient to pass legislation.

Currently, the Senate rule requires 60 Senate votes to end debate on legislation before the final vote can occur.

The changes Schumer wants means with former Vice President Joe Biden as president and with Democrat control of the House of Representatives, the Senate could pass any left-wing Democrat idea it wanted and the Republicans would be powerless to stop it.

That means packing the Supreme Court with additional liberal Democrat judges, Medicare for All, Green New Deal, and legalizing illegal aliens currently living in the U.S.

Radical changes that Schumer wants would fundamentally change our system of government.

Schumer’s comment on MSNBC was not an outlier – he is promising to get rid of the filibuster if Democrats take control of the Senate.

And the Green New Deal is on top of Schumer’s agenda.

Sen. Chuck Schumer suggests Joe Biden is on board with his "everything is on the table" approach to pass Green New Deal style legislation pic.twitter.com/i72XT6VLkd

Judge Barrett or not, the goal of Democrats is to change the levers of power to their advantage.

Schumer’s promises are a wake-up call to liberty-loving Americans and make the upcoming election extremely important.