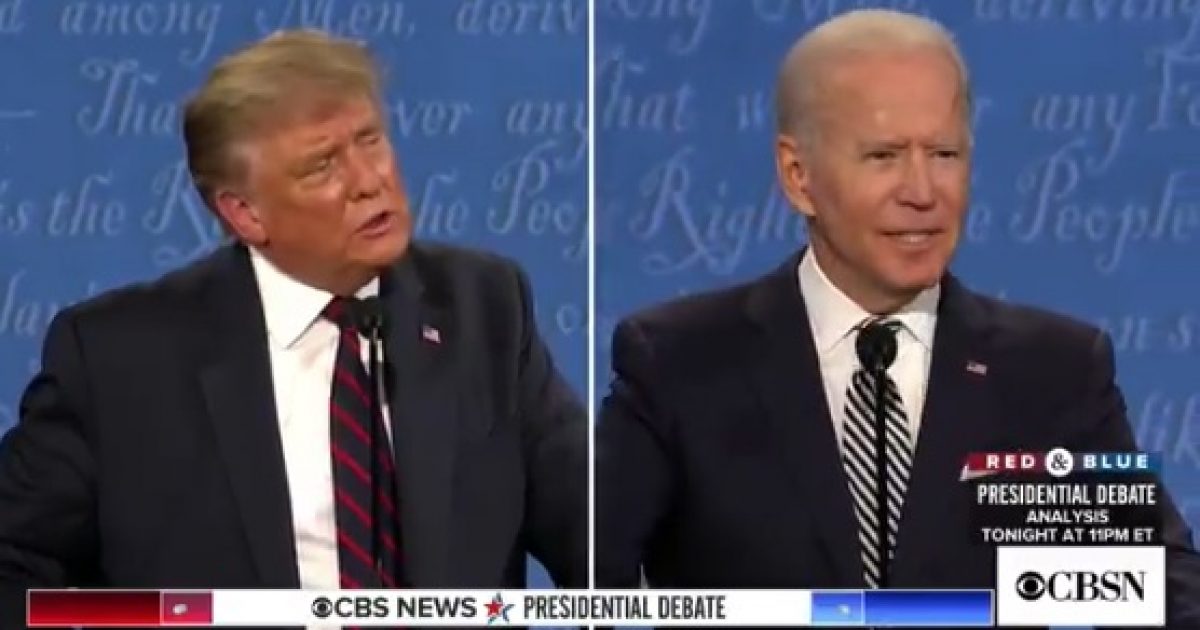 President Donald Trump and Democrat presidential candidate former Vice President Joe Biden participated in dueling town halls Thursday night and the difference in how they were treated was stark.

NBC’s Savannah Guthrie grilled President Trump on a range of questions from white supremacy to his handling of the coronavirus pandemic.

Not only was Guthrie aggressive with her questioning, but she constantly interrupted President Trump.

I just switched to NBC since ABC is in a commercial. Savanah Guthrie has interrupted Trump in these 60 seconds more than Stephanopulos has done to Biden in 40 mins. NBC is an interrogation. ABC is a picnic.

ABC’s George Stephanopoulos was nowhere near as harsh questioning Biden.

Bombshell news stories in the New York Post this week shows Joe Biden lied to Americans about the business dealings of his son Hunter.

Numerous emails and text messages have surfaced over Hunter’s business dealings, including emails from an advisor to a Ukraine based natural gas company Burisma to Hunter thanking him for arranging a meeting with his father who was the vice president at the time.

Hunter Biden introduced his father, then-Vice President Joe Biden, to a top executive at a Ukrainian energy firm less than a year before the elder Biden pressured government officials in Ukraine into firing a prosecutor who was investigating the company, according to emails obtained by The Post.

Leading up to the town halls, the big question was if Stephanopoulos would bring up Hunter because of the significance of the news stories and it was on the minds of Americans who want answers from the former vice president.

While the Biden campaign previously denied that the former VP had any scheduled meetings with the Burisma adviser at the time, the Democratic nominee received a pass from Stephanopoulos during the 90-minute town hall.

There was no shortage of criticism on social media.

ABC News failed to ask Joe Biden any questions about the emails showing his son Hunter using his father's position as vice president to leverage money from foreign entities in China, Russia, and Ukraine. #BidenTownHall

#BREAKING: As expected, @ABC News and chief anchor/former Clinton official George Stephanopoulos made sure that there was NOT A SINGLE question about Hunter Biden at this #BidenTownHall.

Another example of censorship and collusion.

Not a single question posed to Biden about his corrupt business dealings with America’s geopolitical enemies.

This is FAR AND AWAY the most talked about and newsworthy story in the country.

Not asking about it inconceivable.

The Media is dead

Although the town halls took place at the same time, the tone, style, and treatment of the candidates were not evenly matched.

While President Trump was continuously grilled by a combative Guthrie, Biden wasn’t aggressively challenged by Stephanopoulos and essentially got a pass.

The outcome of the town halls is more evidence that the anti-Trump media continues to punish President Trump while backing and protecting Joe Biden.