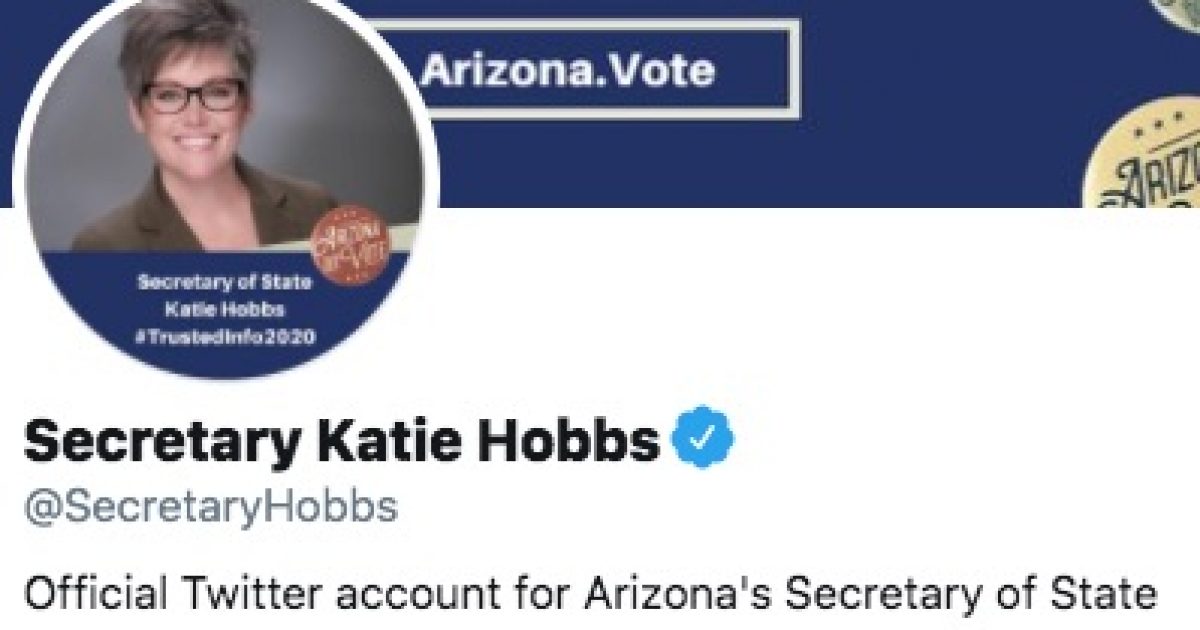 Arizona Democrat Secretary of State Katie Hobbs is under fire for a series of tweets from 2017 calling supporters of President Trump “his neo-nazi base.”

Hobbs posted the anti-Trump tweets prior to her current position.

.@realDonaldTrump has made it abundantly clear he's more interested in pandering to his neo-nazi base than being @POTUS for all Americans.

The President is on the side of the freaking Nazis. Don't just say stuff – DO SOMETHING!!! https://t.co/Es9ScskF58

In tweets sent from her personal campaign account, Hobbs accused Trump of being “on the side of the freaking Nazis” and said that much of what happened at his rallies was “deplorable” and cheered for “stopping the Trump agenda.”

Critics took to social media to call out Hobbs.

Katie Hobbs is in charge of Arizona elections pic.twitter.com/20KFWVifka

This is Arizona's secretary of state. The one in charge of certifying the election.

You read that right. https://t.co/RdLeEsAlRd

This will surely lead to a full audit of every vote in your state.

You have no business holding the position you do.

I believe you would cheat to prevent Donald Trump from serving a 2nd term as President.

President Trump and Arizona citizens are calling for a recount.

As an AZ resident I demand a full audit of our votes! These comments make Katie unqualified

I also demand a full audit as an AZ VOTER

With her anti-Trump agenda, it’s not surprising to see Hobbs is now a media star.

Hobbs is responsible for certifying Arizona’s election results, however, her anti-Trump tweets are outrageous and makes it abundantly clear that she should have nothing to do with the election process.