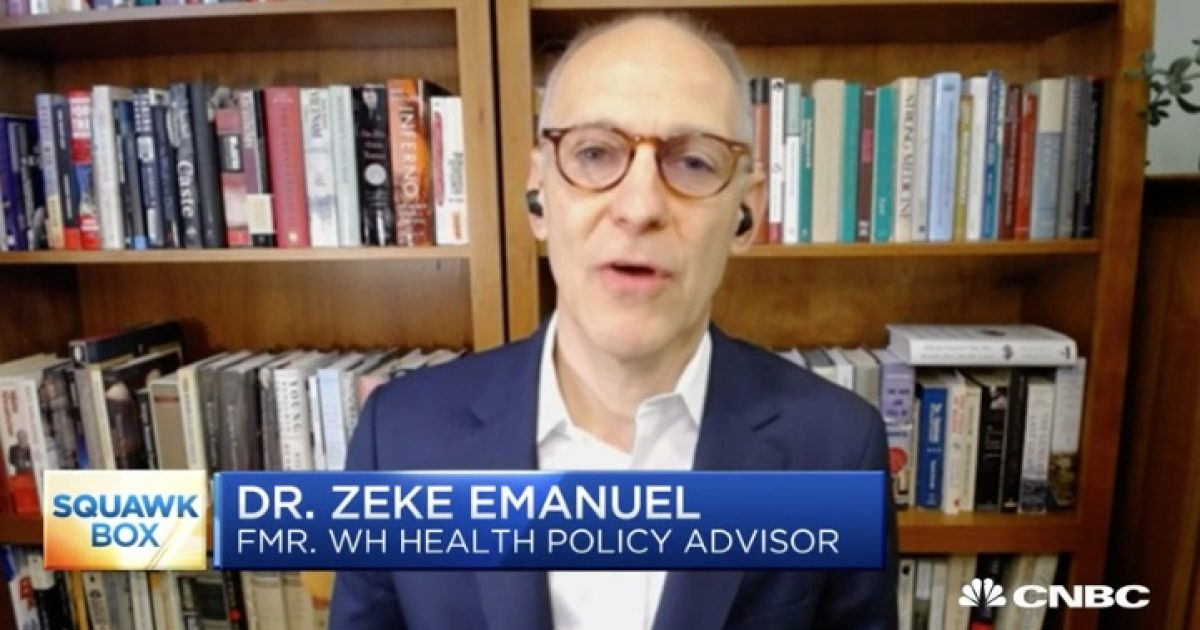 Globalism will be back if former Vice President Joe Biden becomes president.

With the exciting news about a vaccine against COVID-19, distribution of it will ignite a debate.

The paper, published in September by Science Magazine, calls for pharmaceutical companies and governments involved in vaccine production to engage in the “Fair Priority Model,” as opposed to giving priority distribution to the local at-risk population.

Here it goes! Others before U.S.!

ok.let's give our vaccine to China first!!! they are the ones who released it as a form of biological terrorism…

Emanuel was recently called out over an article he wrote six years ago titled “Why I Hope to Die at 75.”

“Living too long is also a loss. It renders many of us, if not disabled, then faltering and declining, a state that may not be worse than death but is nonetheless deprived,” he wrote in the piece for the October 2014 edition of The Atlantic headlined, “Why I Hope to Die at 75.”

– @JoeBiden’s COVID task force pick, Dr. Ezekiel Emanuel, on why life is not worth preserving after 75

Instead of America First, if Biden makes it to the White House it will be the World First with America a distant second.