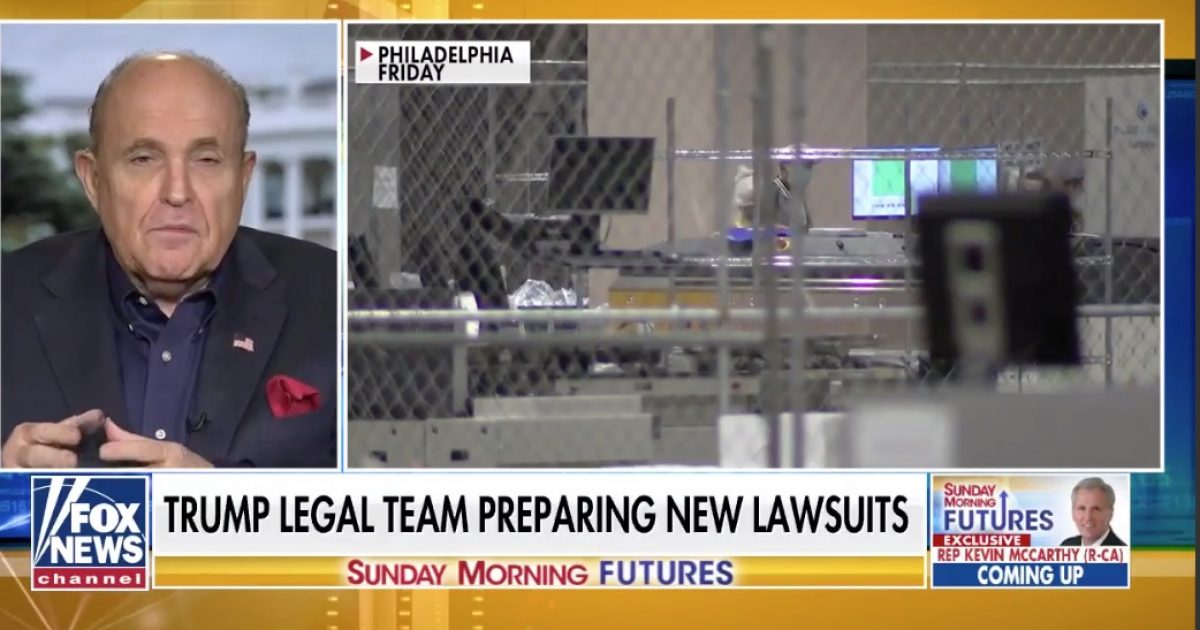 Former New York City Mayor Rudy Giuliani said he has accumulated enough evidence that has the potential to overturn the Pennsylvania results.

During an interview with Fox News host Maria Bartiromo, Giuliani said legal action in Pennsylvania could discover as much as 900,000 invalid ballots were used.

Giuliani described the Pennsylvania election as a “disaster” and importantly he said, “Well, I think we have enough to change Pennsylvania.”

The former mayor listed a number of voting violations during the interview including mail-in ballots being counted without a Republican observer.

In a tweet, Giuliani mentioned evidence of dead people voting.

Just an example of how brazen the Philadelphia Democrat machine is.

I bet Biden dominated this group.

We will find out.

Attorney Sidney Powell was also interviewed by Bartiromo on election fraud and she said there were about 450,000 ballots that only voted for former Vice President Joe Biden without marks for other candidates and that dead people voted.

Powell also claimed a computer program was used to identify the votes Biden needed and that votes were flipped to the former vice president from President Trump.

During her interview on ABC News’ “This Week,” Noem mentioned areas of voting fraud that needs to be investigated.

Given the staggering number of voter fraud claims being made, a number of states need to audit their results.

Democrats can’t be allowed to cheat and disenfranchise over 70 million Americans that voted for President Trump.