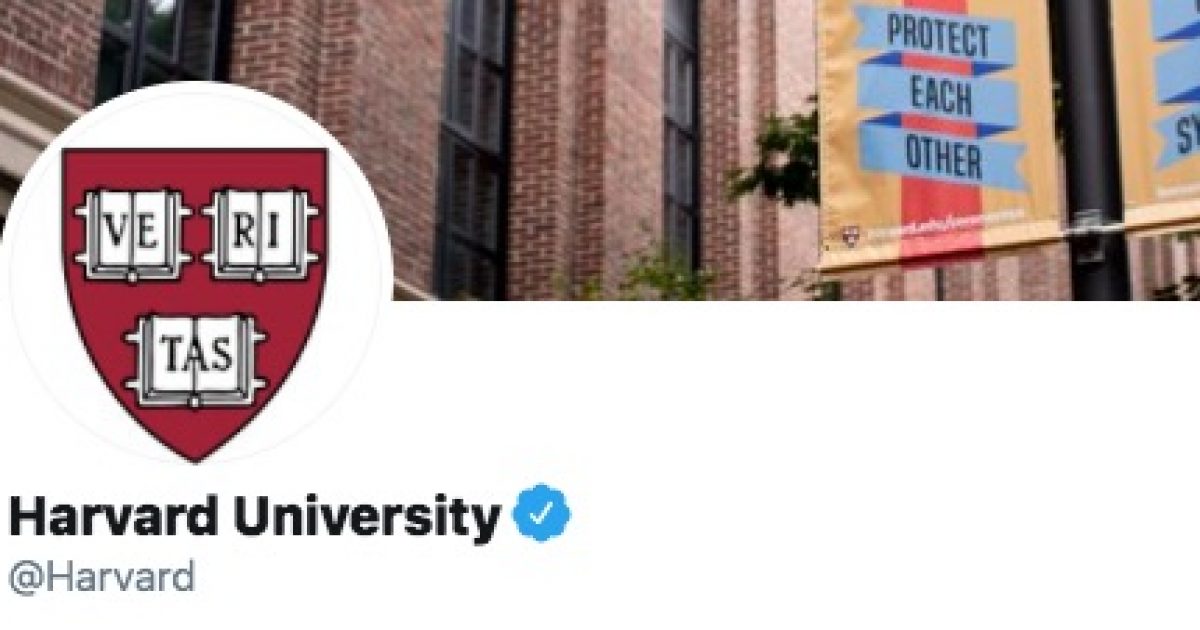 Harvard University students are taking matters into their own hands by targeting anyone associated with President Trump by blacklisting them from “teaching, speaking, or attending the institution.”

A petition circulating in the Harvard University student body seeks to ban Trump administration officials from teaching, speaking, or attending the institution because of their association with the president.

(1/3) SCOOP via @LJMoynihan: A group of @Harvard students is seeking to ban any Trump administration alum from attending, teaching, or speaking at Harvard, according a Harvard student with direct knowledge.

(3/3) In the event the university does associate with a Trump alum, they demand the school “create and share with students transparent guidelines” as to why that Trump official is allowed on campus. No comment from Harvard.

Aggressively unpleasant teenagers who want adult day care and stifled thought. Who the hell wants to spend time on a campus, anyway?

Sad to see this happening in America. Only Socialists and Communists need apply.

Targeting and punishing supporters of President Trump isn’t only happening at Harvard.

Is anyone archiving these Trump sycophants for when they try to downplay or deny their complicity in the future? I foresee decent probability of many deleted Tweets, writings, photos in the future

Others also support the initiative.

You better believe it. We just launched the Trump Accountability Project to make sure anyone who took a paycheck to help Trump undermine America is held responsible for what they did. https://t.co/clRu6WSfvL https://t.co/J78dgyHJpG

Any R now promoting rejection of an election or calling to not to follow the will of voters or making baseless allegations of fraud should never serve in office, join a corporate board, find a faculty position or be accepted into "polite" society. We have a list.

Given the mounting effort to punish President Trump’s supporters, I felt it was time to call out the intimidation effort promoted by Ocasio-Cortez.

Accordingly, I called out Ocasio-Cortez on social media, and my video generated over 325,000 views.

⁦@AOC⁩ I’m sick & tired of YOU & your radical mob trying to intimidate Freedom Loving Americans. Put me 1st on your enemies list of ⁦@realDonaldTrump⁩ supporters. pic.twitter.com/zlIDWpwJQb

There was a time when the classroom was the environment for a diversity of thought and open debate.

Harvard students should focus on getting an education rather than being radical activists driven to blacklist supporters of President Trump.