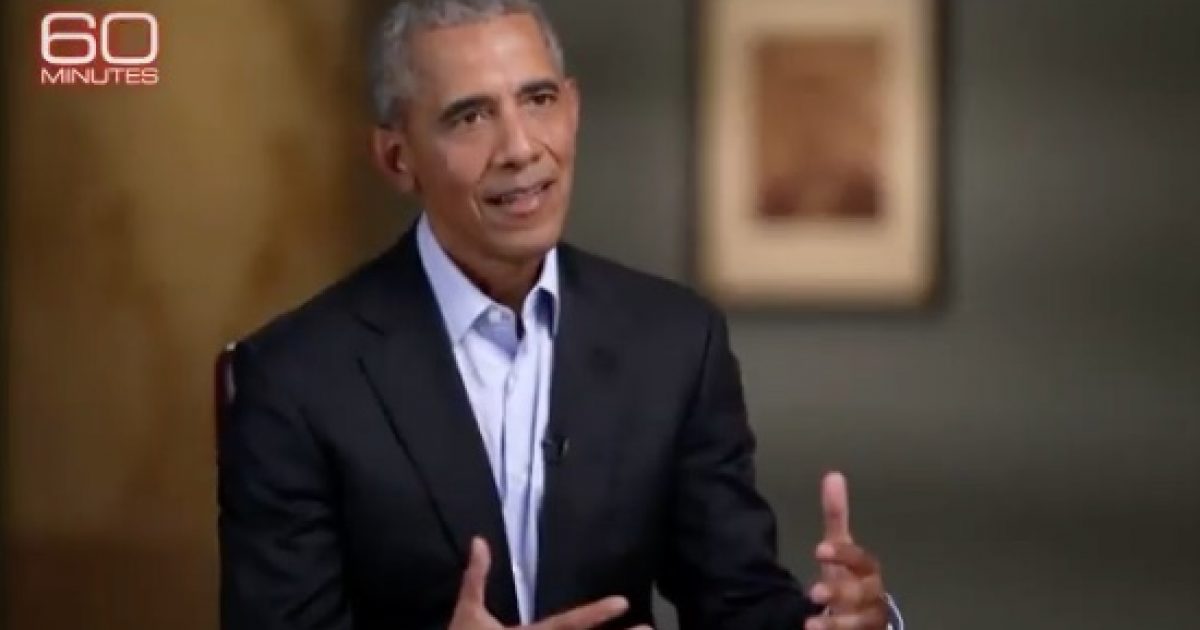 Former President Obama likened President Trump to “strong men and dictators around the world” for purposes of maintaining power during an interview on Sunday.

Obama made the comment on CBS’s “60 Minutes” responding to questions about the presidential election and allegations of voter fraud.

Obama said that that feeling is “not unique to the United States,” given that there are “strong men and dictators around the world” who think they can “do anything to stay in power. I can kill people. I can throw them in jail. I can run phony elections. I can suppress journalists.”

Barack Obama says false claims of widespread election fraud are, in part, because President Trump “never admits loss.” But, says Obama, “I'm more troubled by the fact that other Republican officials, who clearly know better, are going along with this.” https://t.co/Upb8JNx67g pic.twitter.com/T8qh9KmGZ5

“What we've seen is what some people call truth decay. Something that's been accelerated by outgoing President Trump, the sense that not only do we not have to tell the truth, but the truth doesn't even matter,” says former President Obama. https://t.co/SemqJzMGMD pic.twitter.com/oaV7vGG3K2

He aught to know. I don’t believe he told the truth in 8 years.

Wow, those intelligent and insightful questions were awesome. I remember a time when 60 Minutes was quality, now they’re just a dressed up version of Maury Povich. Sad!

Not surprising for former President Obama to be highly critical of President Trump, adding to the divisiveness in our country.

As usual, Democrats always accuse others of what they did or are currently doing.

Of course, “60 Minutes” didn’t challenge Obama over the abuse of power under his leadership.