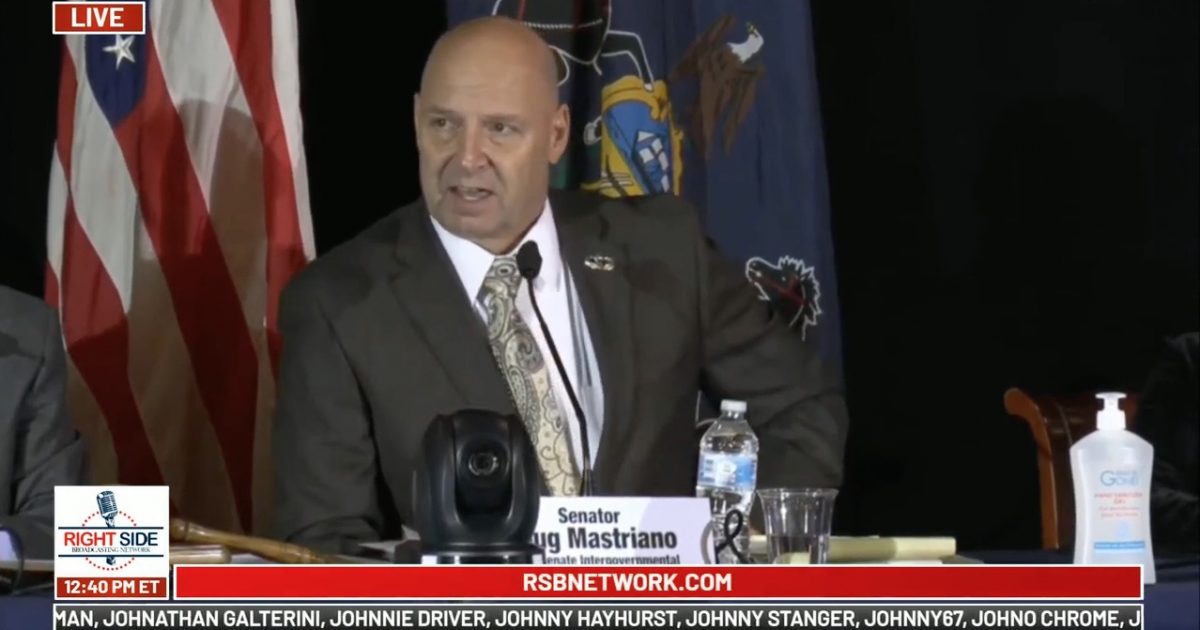 Pennsylvania Republican legislators introduced a resolution calling the 2020 election results “in dispute” and for the governor and the Secretary of the Commonwealth “to withdraw or vacate the certification of presidential electors.”

The “RESOLUTION Disputing the 2020 General Election Statewide Contest Results” introduced by the state lawmakers is based on a number of voting irregularities surrounding mail-in-ballots.

We are grateful to the PA state legislature for their COURAGE! Their Resolution takes back their Article II authority to appoint Electoral College delegates after a RIGGED election!

To the Twitterati saying it was a “fake hearing,” clearly you haven’t read the Constitution! ? https://t.co/r85V0LQhdG

Under this scenario, the Pennsylvania state legislature which is controlled by Republicans could select state electors to back President Trump.

The resolution followed presentations by President Trump’s legal team including former New York City Mayor Rudy Giuliani and other witnesses in a public hearing held in Gettysburg, Pennsylvania, about alleged fraud in the state’s election.

According to Just the News, the resolution must be voted on before the legislative session ends on Monday.

Pennsylvania State Senator Doug Mastriano is leading the effort and made comments on War Room Pandemic.

HUGE: @dougmastriano PA legislature will draft a joint resolution to take back power from the Secretary of State in the appointment of presidential electors. @SidneyPowell1 pic.twitter.com/BsKY9B474E

“Pennsylvanians want transparency and accountability with our electoral process – it is the hallmark of our American system to ensure that we the people select our government leaders, including the President of the United States,” said Mastriano. “As state legislators, we take our responsibility to guard and guarantee our constituents’ right to free and fair elections. I fought to defend this right for three decades…nothing is more sacred in our democracy.”

Mastriano’s aggressive actions challenging the irregularities in the 2020 vote was apparently not appreciated by Twitter and his account was temporarily suspended.

This censorship is unacceptable in America. A nation that I served for most of my adult life…

For background, CNN described how state legislatures can select their delegates based on the Constitution.

Plot twist: Here’s CNN actually admitting (among other things) that state legislatures have the constitutional authority to select their delegates. ⬇️ https://t.co/SrfEdP65LS

Given the concerns about the integrity of the votes in Pennsylvania, the state legislature is taking the correct and Constitutional approach to select the electors for the state.