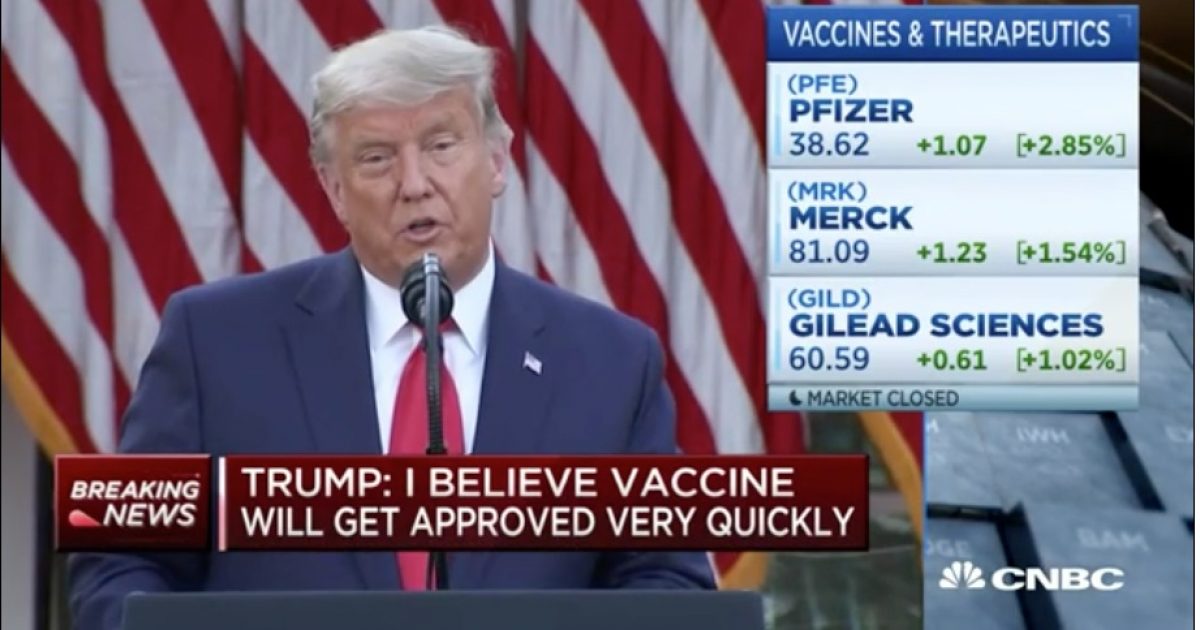 President Trump gave an update on his Operation Warp Speed to combat COVID-19 in a Rose Garden briefing.

The president’s briefing included comments about his use of the Defense Production Act to deal with the pandemic.

Cuomo is a long-time leading critic of the vaccine and recently suggested he might not allow distribution of it in New York.

During an interview on ABC News’ “This Week,” Cuomo cast doubt on the vaccine.

"I think it's going to be a very skeptical American public about taking the vaccine, and they should be."

Cuomo fired back at President Trump where he called the president a bully.

'He should be ashamed of himself': Cuomo slams 'bully' Trump for threatening to withhold vaccine from New York https://t.co/yaIyKdZjxs pic.twitter.com/L8dZ6LPOGX

Back in September, Cuomo was criticizing the vaccine’s development.

Previously, Cuomo told radio host Howard Stern he would have physically attacked the president saying, “If I wasn’t governor of New York, I would have decked him. Period.”

Cuomo was upset over comments President Trump made about his brother Chris Cuomo.

It’s clear President Trump and Cuomo don’t like each other and have clashed over COVID-19 but there is no doubt the New York governor has done a horrible job with the virus in the Empire State.

Putting the political dispute aside, it’s outrageous Cuomo is playing politics with COVID-19.

During my interview on Newsmax TV, I called Cuomo dangerous.

“Cuomo is dangerous. The American people need to wake up and watch these governors,” @tomborelli tells Newsmax TV.