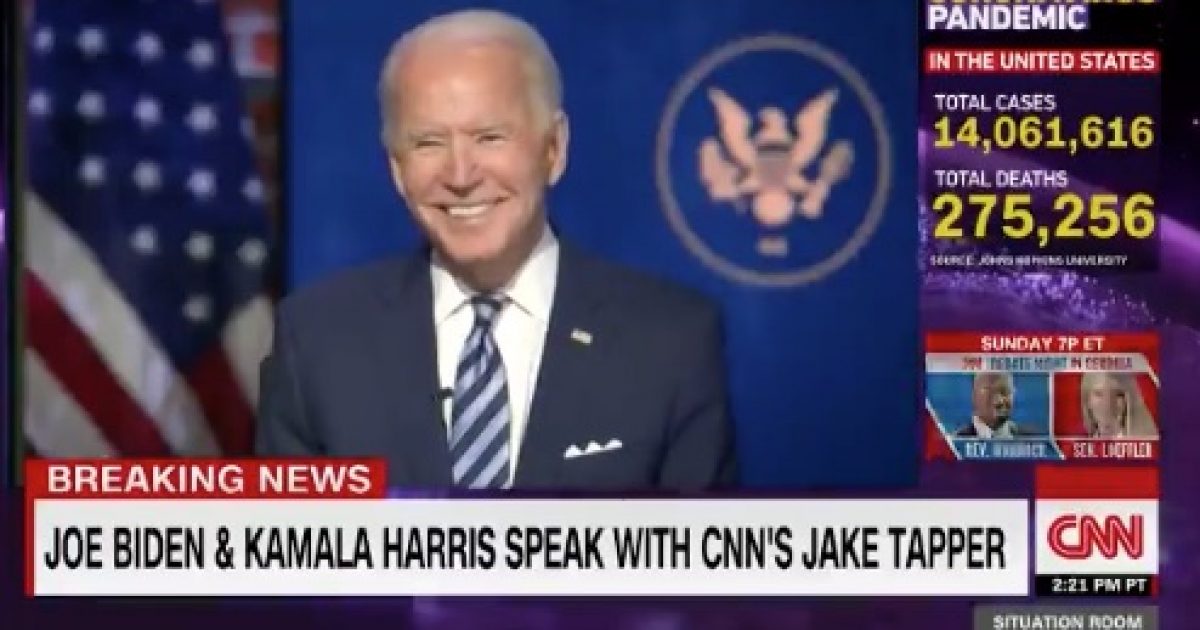 Former Vice President Joe Biden wants Dr. Anthony Fauci to remain at his current post at the National Institute of Health and also serve as his chief medical adviser if he becomes president.

Biden talked about his interest in Fauci during an interview on CNN where the discussion included the COVID-19 vaccines and masks.

President-elect Joe Biden shares his masking plan during an exclusive interview with @JakeTapper.

The next day, Fauci announced that he had accepted Biden’s offer during an interview on NBC.

Will you accept President-elect Biden's offer to serve as his chief medical adviser? –@SavannahGuthrie

Also, during the interview, Fauci tried to clarify Biden’s statement on masks.

Biden said he wants Americans to wear masks during his first 100 days of his presidency and NBC’s Savannah Guthrie asked if “an artificial time limit” was appropriate.

Given Biden is recycling many of the people that were part of the Obama administration, it’s not surprising he wants to keep Fauci around.

While Fauci is a safe pick for Biden, it’s important to recognize Fauci made many mistakes regarding COVID-19 including failing to recognize the health threat early.

Fauci responded, “The American people should not be worried or frightened by this.”

Then he added, “It’s a very, very low risk to the United States, but it’s something we, as public health officials, need to take very seriously.”

In late February, Fauci told the USA Today editorial board the COVID-19 risk was “minimal” and he also said masks were largely ineffective.

“People start saying, ‘Should I start wearing a mask?’ Now, in the United States, there is absolutely no reason whatsoever to wear a mask.”

Fauci doesn’t want people to worry about coronavirus, the danger of which is “just minuscule.”

More recently, Fauci apologized for being critical of the vaccine approval process in the UK.