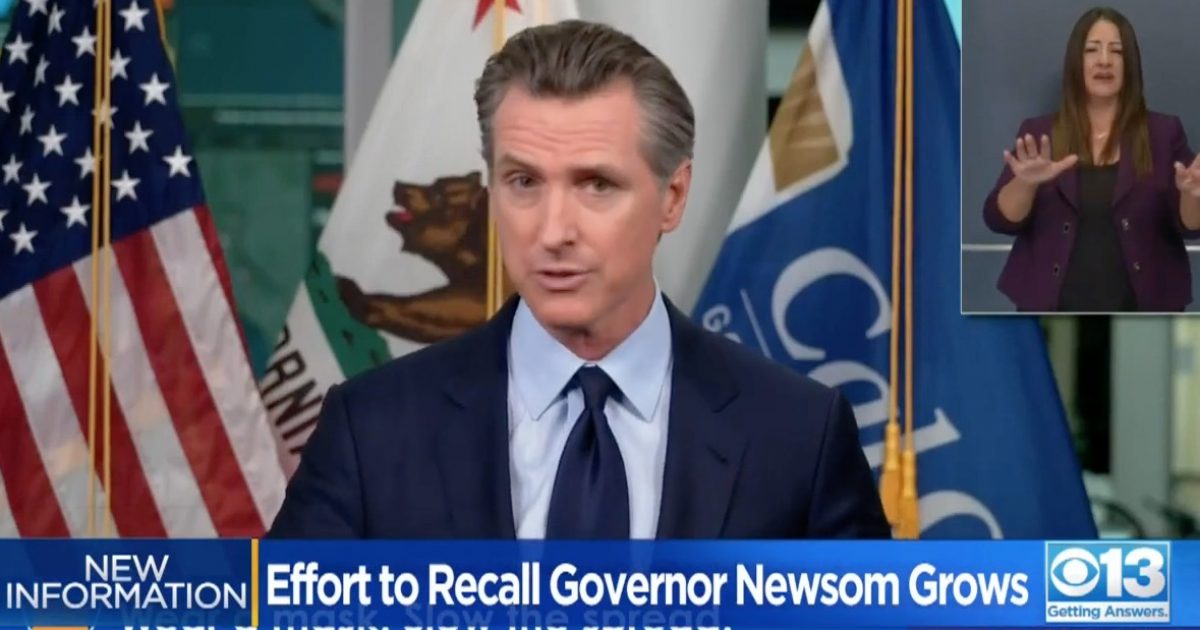 The recall effort initiated by California citizens against Democrat Governor Gavin Newsom is gaining momentum over his handling of the COVID-19 pandemic.

California citizens are outraged about Newsom’s harsh mandates imposed upon them, including on businesses, schools, and restaurants.

Recall organizers say they have collected more than half the nearly 1.5 million petition signatures needed to place the recall on the ballot, and they have until mid-March to hit the required threshold.

Adding fuel to the fire, Newsom was caught ignoring his own COVID-19 mandate on indoor dining.

Last month, Newsom was caught eating indoors during a dinner party at a fancy restaurant.

Newsom was called out for his actions.

EXCLUSIVE: Full story re: photos of Gavin Newsom at Napa dinner party we obtained. Responses from Newsom's team as well as Jason Kinney's team included. His team also referred us to a Town & Country magazine photo describing the seating as outdoors. https://t.co/LmQ2yIggGf @FOXLA

Some in Newsom’s inner circle are concerned about the recall effort.

California Gov. Gavin Newsom has already survived five long-shot recall attempts in his two years in office, but those close to him are reportedly worried that the current recall effort amidst frustration over his handling of the coronavirus pandemic could prove successful.

A recall election for @gavinnewsom @cagovernor would be a political earthquake, an extraordinary swing proving just how much people have turned against lockdowns. In April Newsom had an 81% (!) approval rating and CNNs like @cilizzacnn were licking his boots. pic.twitter.com/nDsSwoPfV4

Newsom is a typical “do as I say, not as I do” Democrat politician and it’s clear his constituents have had enough.

Residents from other states suffering from Democrat harsh restrictions should consider a similar effort to remove politicians that are not serving their interests.