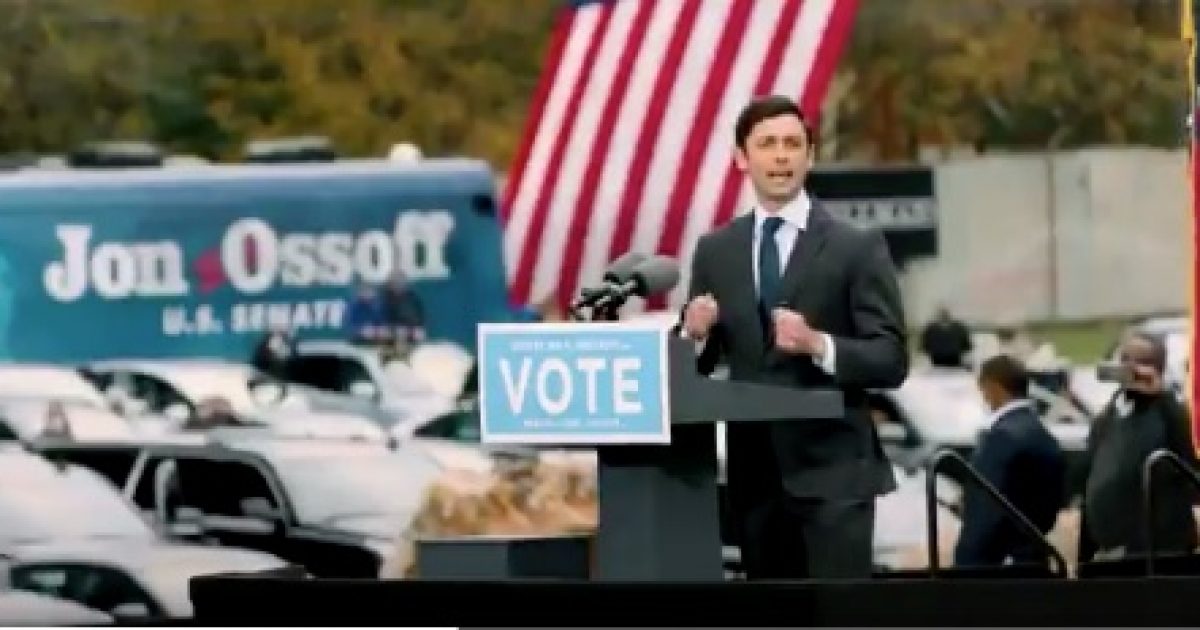 Democrat Georgia Senate candidate Jon Ossoff’s initial failure to disclose his business link to foreign governments, including China, is raising questions about his honesty and the appropriateness of his candidacy.

Ossoff is running against Republican Senator David Perdue and the result of the runoff election on January 5 could determine which party controls the Senate.

In his first financial disclosure, Ossoff left out payments his film company, Insight TWI, received from Qatar based Al Jazeera Media Network and from PCCW Media Limited in Hong Kong.

In addition to the criticism coming from Perdue, incoming newly elected Tennessee Republican Senator Bill Hagerty served as an ambassador to Japan and is also critical of Ossoff.

Hagerty told Breitbart News his concerns about Ossoff, including he “may be a security risk,” and that he’s “certainly not an acceptable choice for Senator.”

Hagerty discussed the way China uses its influence to advance the country’s interest in the U.S. and cited Democrat California Representative Eric Swalwell in his comments to Breitbart News.

“China has proven that it will brazenly leverage any relationship they can to gain influence in our country — and Jon Ossoff is a perfect target for them,” Hagerty said. “Eric Swalwell’s relationship with a suspected Communist spy shows just how vulnerable some congressional Democrats are to Chinese influence.”

Questions have arisen over how much money Jon Ossoff has accepted from China and Qatar after he brokered deals with a Hong Kong news agency and Qatar-backed Al Jazeera to air two of his films on the Islamic State.https://t.co/9CPtuyMY1U

Beyond taking money from a China linked company, Ossoff promoted China on Twitter in the past.

Ossoff promoted a Chinese jet landing on an aircraft carrier.

As noted above, China is trying to wield its influence in the U.S. by a number of ways, including with money as it apparently did with Hunter Biden.

Honesty and transparency are important values that voters can use to evaluate candidates and Ossoff is lacking on those accounts and his ties to China are disturbing.