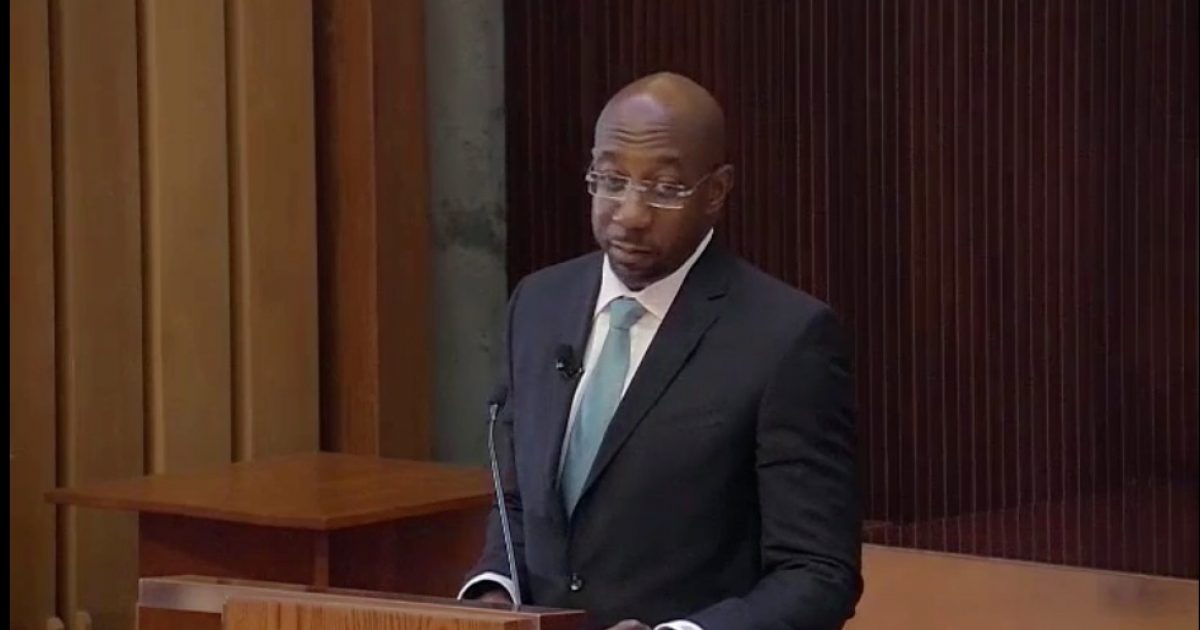 Past incidents involving Georgia Democratic candidate Rev. Raphael Warnock are threatening his run for the Senate.

Warnock is running against Senator Kelly Loeffler (R-Ga.) and the result of the runoff race on January 5 will impact which political party runs the Senate.

Concerns about Warnock include an arrest, an allegation of a violent act from his ex-wife, and a racial comment during a sermon.

Warnock was arrested in 2020 for interfering in a police investigation of child abuse at a summer camp that was run by his church where he served as the pastor.

The Revs. Raphael Gamalial Warnock, 33, and Mark Andre Wainwright, 30, of Douglas Memorial Community Church are accused in court documents of trying to prevent a state trooper from interviewing counselors at the church’s Camp Farthest Out in Eldersburg.

The charges were dropped but Camp Farthest Out was forced to close by the State of Maryland.

According to The Washington Free Beacon, “at least five cases of child abuse or neglect were brought against the camp’s director.”

In a report, Fox News discussed a local TV station’s police bodycam video of Warnock and his ex-wife discussing her claim he ran over her foot with his car.

Hey @jaketapper, remember when you did an entire segment on @DonaldJTrumpJr and attacked him for RT’ing me?

I look forward to your coverage of this!

Warnock denied his ex-wife’s claim and was not arrested by the police.

Finally, Warnock has come under fire for his 2016 “How Towers Tumble” sermon where he urged the U.S. to “repent for its worship of whiteness.”

His sermon was delivered at Emory University.

Raphael Warnock, "How Towers Tumble" – Service of Word Sermon from Candler School of Theology on Vimeo.

Character questions about Warnock are threatening his run for the Senate, an issue that Senator Loeffler is using to her advantage.

Warnock’s past, not to mention his far-Left political views, shows he is a very poor choice to become a Senator.