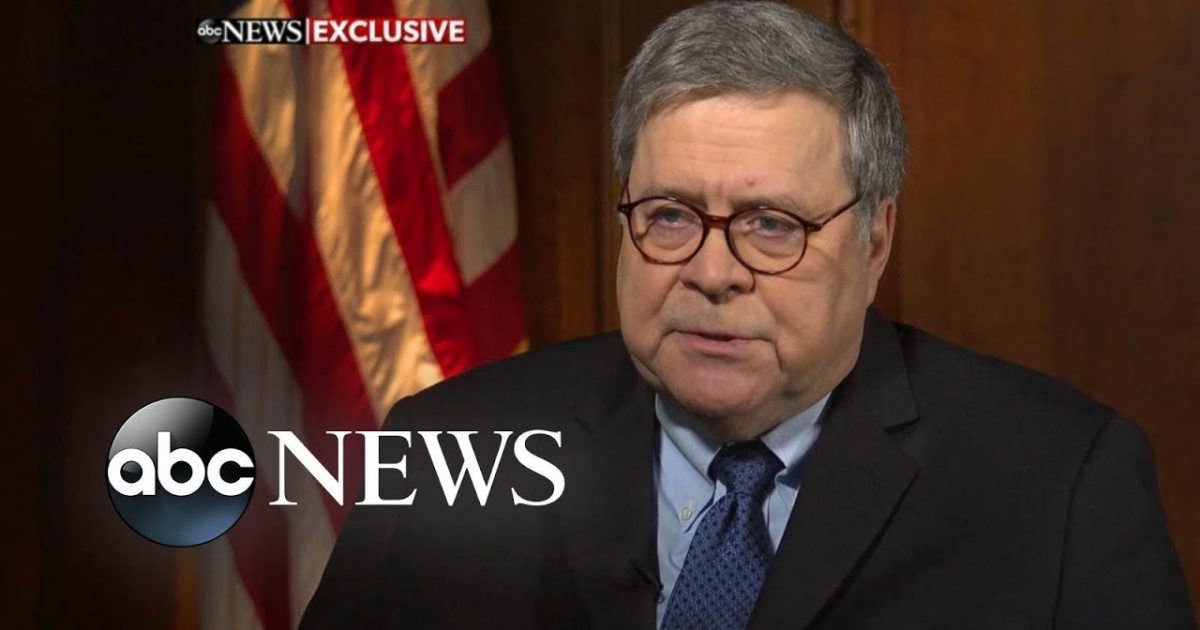 For months, Attorney General William Barr was aware Hunter Biden was under federal investigation but kept this revelation from the public, according to The Wall Street Journal.

Attorney General Barr has known about a set of investigations involving Hunter Biden’s business and financial dealings since at least this spring, a person familiar with the matter said, and worked to avoid their public disclosure during the campaign https://t.co/OPcSPwO8fS

This week, it was announced that Hunter is under federal criminal investigation over his tax affairs and international business dealings.

The investigation began as early as 2018 through the U.S. Attorney’s Office in Delaware.

Investigators have been examining multiple financial issues, including whether Hunter Biden and his associates violated tax and money laundering laws in business dealings in foreign countries, principally China, according to two people briefed on the probe.

Hunter acknowledged he’s under investigation and issued a statement:

“I learned yesterday for the first time that the U.S. Attorney’s Office in Delaware advised my legal counsel, also yesterday, that they are investigating my tax affairs,” Hunter Biden said in a statement. “I take this matter very seriously but I am confident that a professional and objective review of these matters will demonstrate that I handled my affairs legally and appropriately, including with the benefit of professional tax advisors.”

The anti-Trump media was all in to protect Hunter’s potentially illegal activities during the presidential election.

President Trump called out the media, the DOJ, and the FBI on social media.

Prior to the presidential election, President Trump urged Barr to have a special prosecutor conduct an investigation of Hunter.

In the lead-up to the election, President Trump and his congressional allies repeatedly pressed Barr to appoint a special prosecutor to investigate Hunter Biden, with Trump saying Barr has “got to appoint somebody. This is major corruption and this has to be known about before the election.”

If true, Barr’s handling of Hunter’s federal investigation is outrageous, especially over the fact he kept this vital information from the public during the presidential election.

The public had a right to know about the investigation because former Vice President Joe Biden was linked to his son’s business affairs according to Hunter’s former business partner Tony Bobolinski.