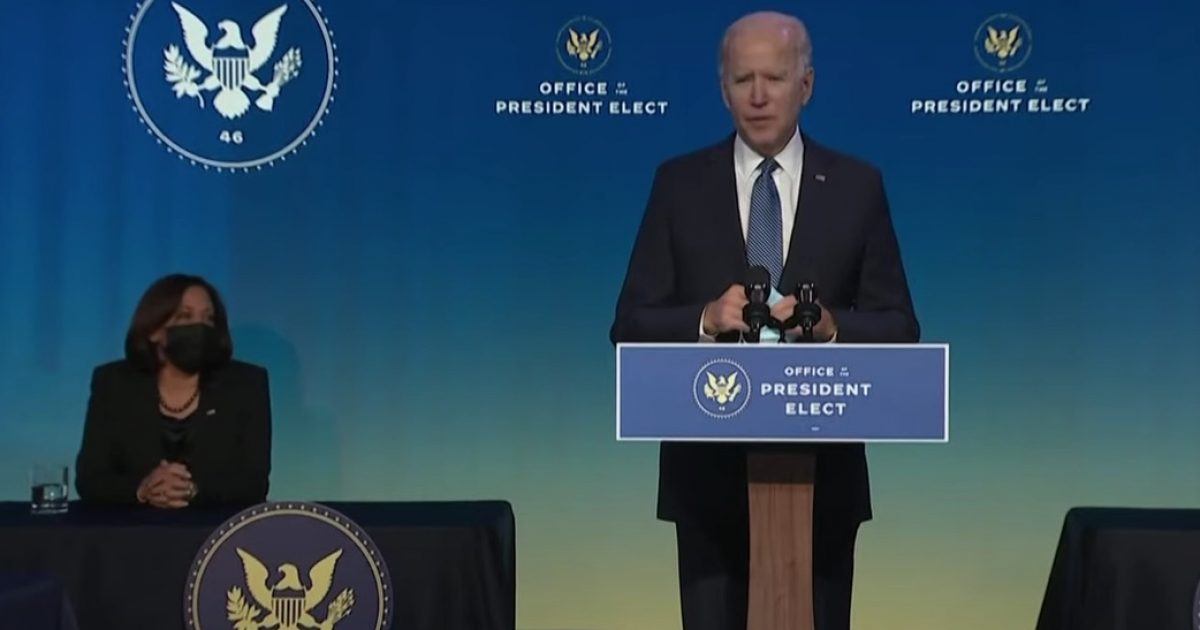 Biden and Harris made the comments yesterday with Biden saying, “We all know that’s true. And it’s unacceptable.”

President-elect Joe Biden: "No one can tell me that if it had been a group of Black Lives Matter protesting yesterday, there wouldn't — they wouldn't have been treated very, very differently than the mob of thugs that stormed the Capitol" https://t.co/sP3UApHWeK pic.twitter.com/yBEszCgKgM

.@KamalaHarris: "We witnessed two systems of justice when we saw one that let extremists storm the United States Capitol, and another that released tear gas on peaceful protesters last summer…We know this is unacceptable. We know we should be better than this." pic.twitter.com/Uc1FC8aZKg

We have witnessed two systems of justice: one that let extremists storm the U.S. Capitol yesterday, and another that released tear gas on peaceful protestors last summer. It’s simply unacceptable.

Biden’s use of race in this instance conflicts with his prior statements about calling for unity on December 14 after the Electoral College certification of his win.

“The integrity of our elections remains intact,” and that, “Now it is time to turn the page, to unite, to heal,” Biden said.

Peaceful protests last summer are you serious half of Chicago burned down. Let’s be honest with each other here .

She contributed to the fund and helped bail out summer rioters after destroying property, terrorizing US cities. The hypocrisy is laughable yet frightening that she doesn’t care!

This was also police response last summer. Taking a knee in support of the movement, and putting up barricades and protecting the mural they'd painted in the street. pic.twitter.com/dRafCrzApX

The comments by Biden and Harris are divisive for the country and are a glimpse of what to expect in the future.