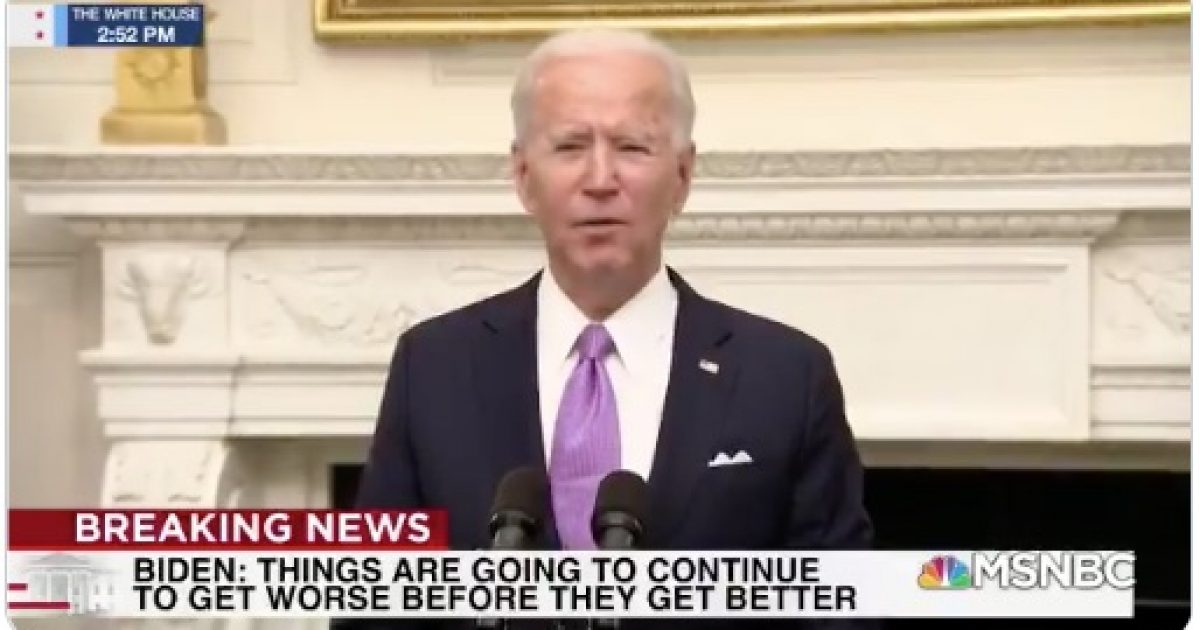 President Biden made a big deal of promising 100 million COVID-19 vaccinations in 100 days but it turns out President Trump’s plan was already delivering.

To achieve Biden’s goal translates into giving 1 million vaccination shots a day on average but that daily rate was already being delivered by the Trump administration.

The New York Post reported on a Bloomberg News analysis that on the day after Biden was inaugurated, “1.3 million Americans received COVID-19 vaccinations.”

Moreover, the Post story using the same analysis found, “1.3 million shots were administered on Jan. 11 and that 1.1 million were given both Jan. 14 and 16.”

Biden made his promise of 100 million vaccines delivered in 100 days in a speech in December.

Biden announces plan to complete 100 million COVID vaccine shots in his first 100 days in office. He says distributing vaccine will be "one of the hardest and most costly operational challenges in our nation's history," and efforts will stall without proper funding from Congress pic.twitter.com/GBmGu0RylM

Biden also made the same statement at the White House.

"Our plan starts with mounting an aggressive, safe, and effective vaccination campaign to meet our goal of administering 100 million shots in our first hundred days in office" pic.twitter.com/69BWqCUZkN

The president has also promised to inject 100 million vaccines in his first 100 days. But that is actually aiming low. Over that period, the number of available doses should be enough for 200 million injections.

The New York Times also pointed out vaccine manufacturing capacity is already maxed out globally. This means Biden can’t add to the supply other than what was planned under President Trump in the near term.

Biden made that acknowledgment when he said, “The brutal truth is it’s going to take months before we can get the majority of Americans vaccinated.”

The president didn’t like being challenged about setting a low bar for vaccinations responding to a question from the press saying, “C’mon, Give Me a Break Man.”

In a CNN story, a source said of the prior distribution plan, “There is nothing for us to rework. We are going to have to build everything from scratch.”

Dr. Fauci debunks a CNN report stating the Biden White House was "starting from scratch" and inherited "no plan" on vaccine distribution from the Trump team:

"We certainly are not starting from scratch because there is activity going on in the distribution." pic.twitter.com/9tULjHazxz

It’s clear Biden is trying to take credit for a vaccine distribution that was established under President Trump.

Highjacking someone else’s work is what Biden has done over the years.

In summation, Biden putting a new label around Trump’s plan is a form of plagiarism.