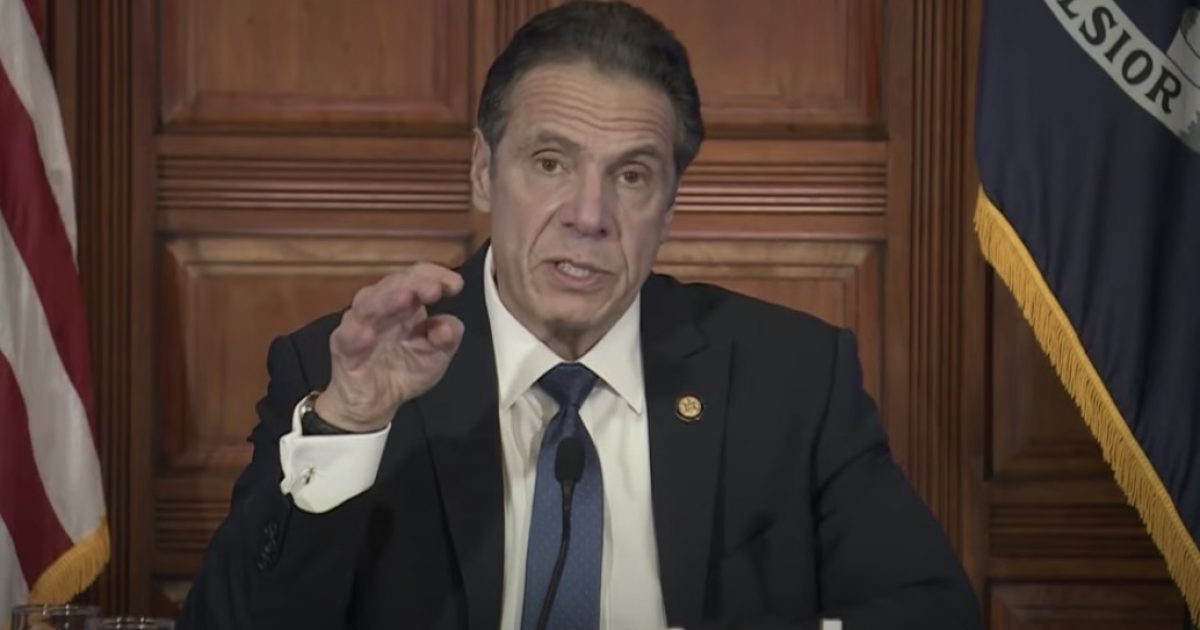 The increase in COVID-19 nursing home deaths were attributed to the way the state counted the deaths.

The attorney general’s report also identified cases where the state recorded a lower number of deaths than what actually occurred in nursing homes.

Cuomo held a press briefing on the attorney general’s report and his response to the controversy backfired.

At one point Cuomo said, “Who cares [if they] died in the hospital, died in a nursing home? They died.”

Watch @NYGovCuomo say “who cares” where people died from COVID whether it was in a nursing home or hospital.

“Who cares? They died.” pic.twitter.com/4ZVYNj1vce

.@NYGovCuomo is a vile horrible man who should resign or be recalled.

He’s destroyed NYS and killed thousands, yet won’t take responsibility for any of it and gets pass after pass.

Dems hate you. They see themselves as your rulers, not your representatives. pic.twitter.com/wkKT7qvpES

The significant loss of life in nursing homes and elder care facilities was tied to a state directive from Cuomo that these facilities must accept COVID-19 patients.

Early on Cuomo tried to blame his nursing home decision on the Trump administration’s Centers for Disease Control and Prevention (CDC) guidance that required him to issue his New York State order.

However, Cuomo ignored the specific conditions in the CDC guidance.

Giroir called Cuomo’s claim, “absolutely wrong,” and he noted the very specific conditions that would allow a COVID-19 patient in a nursing home, saying, “…the CDC guidelines made rare exceptions to return patients to nursing homes only when the proper equipment, training and facility isolation protocols were available.”

Giroir also said Cuomo “has to own this one.”

Here is a copy of Cuomo’s directive.

So many nursing home deaths because of Governor Cuomo! https://t.co/DvsjV9KIDN

Cuomo is totally responsible for sending COVID-19 patients to nursing homes and for their subsequent deaths.

In addition, the underreporting of those deaths raises questions about a coverup.

The governor’s remarks, as well as his attempted deception, exposes Cuomo as a horrible governor who puts power and his ego before anything else including the elderly.