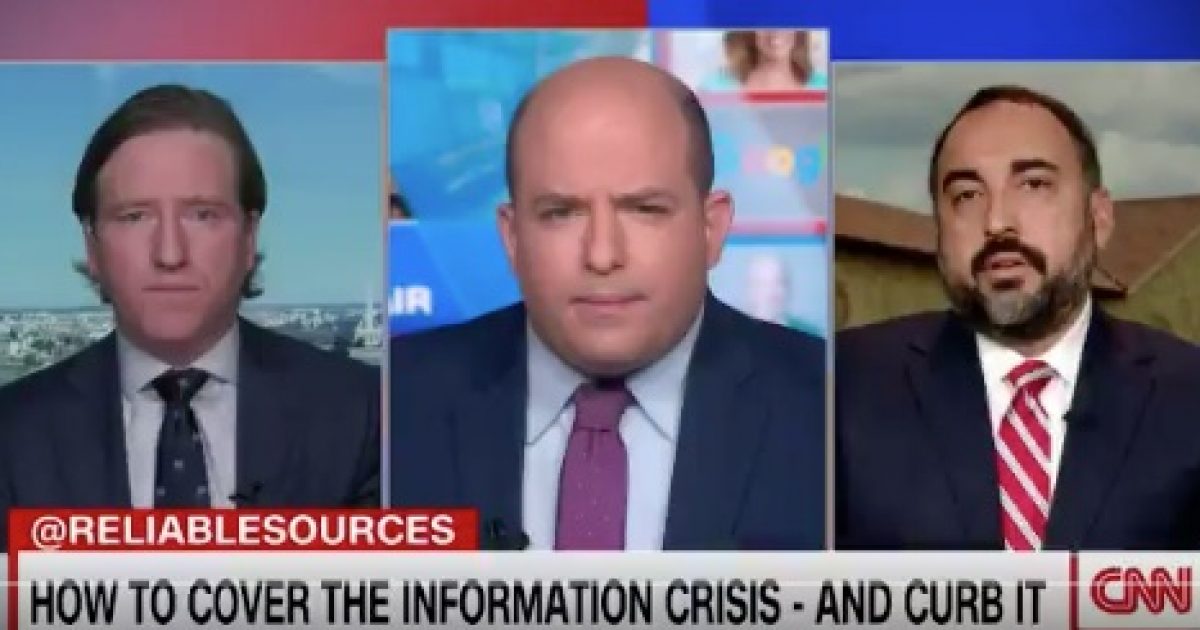 A former Facebook executive and Democrat supporter, Alex Stamos, is calling for conservative news outlets to be de-platformed.

Stamos called for NewsmaxTV and One America News Network (OANN) to be de-platformed from service providers like Verizon, Comcast, and AT&T in order to censure right-leaning content.

Appearing on CNN, Stamos said, “we have to figure out the OANN and Newsmax problem that these companies have freedom of speech.”

Former Facebook insider Alex Stamos tells @brianstelter: "We have to turn down the capability of these Conservative influencers to reach these huge audiences… There are people on YouTube for example that have a larger audience than daytime CNN." pic.twitter.com/gP0XtnjhCQ

Just a reminder that neither @Verizon, @ATT, nor @comcast have answered any questions about why they beam channels like OAN & Newsmax into millions of homes. Do they have any second thoughts about distributing these channels given their election denialism content? They won't say.

Honest question: Who exactly gets to decide what is truth and what is “denialism content”? pic.twitter.com/zSbGS1GKws

Just a reminder that CNN not only turned a blind eye to the destruction & violence in cities around the country all year, they actually encouraged it.

More important question is why any vendor lets CNN in the house at this point. Glad to see airports will finally be done with it.

Stamos and others boldly calling for cable carriers to de-platform news outlets they disagree with are outrageous.

While conservative-leaning news outlets are not calling for CNN or any other liberal news outlet to be de-platformed, brazen cries for speech suppression from the Left flies in the face of the spirit of the Constitution.

In the end, Democrats want a monopoly on the news so they can spew propaganda on CNN and MSNBC unchallenged.