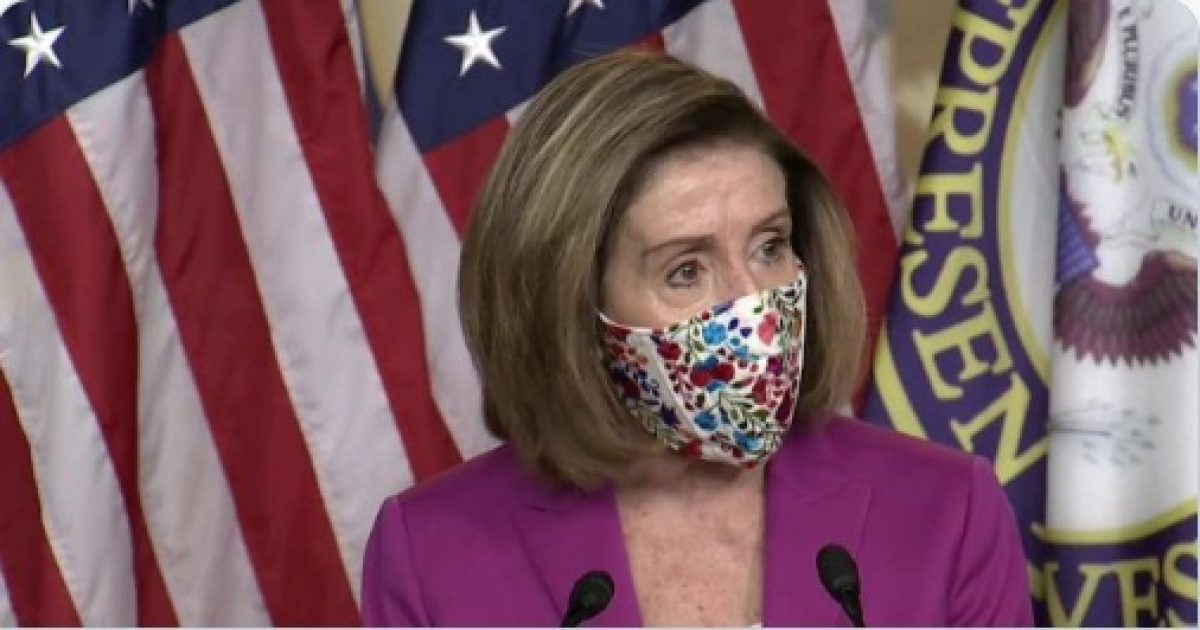 Speaker Nancy Pelosi (D-CA) and other Democrats are calling for President Trump’s removal from office in response to the violence at the Capitol following the Stop the Steal rally.

The effort to remove President Trump from office includes the 25th Amendment and another impeachment.

Pelosi made an announcement on Thursday urging Vice President Mike Pence to remove the president by using the 25th Amendment.

Yesterday, American democracy came under attack — but we refuse to be bullied into abandoning our duty to work #ForThePeople. https://t.co/6KoVAVbZh7

Pelosi said if Vice President Mike Pence did not take action to invoke the 25th Amendment, House Democrats could quickly act to impeach Trump, and did not rule out bringing the House back into session next week, when both chambers are slated to be in recess.

The quickest and most effective way—it can be done today—to remove this president from office would be for the Vice President to immediately invoke the 25th amendment.

If the Vice President and the Cabinet refuse to stand up, Congress must reconvene to impeach President Trump.

YOU AND MANY OTHER DEMOCRATS ARE JUST AS GUILTY OF FANNING THE FLAMES. Rhetoric like this that has been coming from democratic elected officials and the media got us where we are today.

New York Representative Alexandria Ocasio-Cortez declared if the president was not removed under the 25th Amendment then he should be impeached.

Articles of impeachment have already been drafted and are ready for introduction. They were prepared and finalized by @IlhanMN while she was extracted in a secure location, and members are signing on. pic.twitter.com/FJCpmp64OV

The New York Times is reporting Pelosi is ready to initiate impeachment on Monday.

Pelosi made her intention clear in a Dear Colleague press release saying, “If the president does not leave office imminently and willingly, the Congress will proceed with our action.”

Democrats are going all out to remove President Trump from office just days before Joe Biden gets sworn in as president.

At the end of the day, Democrats and a few Republicans want to punish President Trump for daring to challenge the entire D.C. establishment.