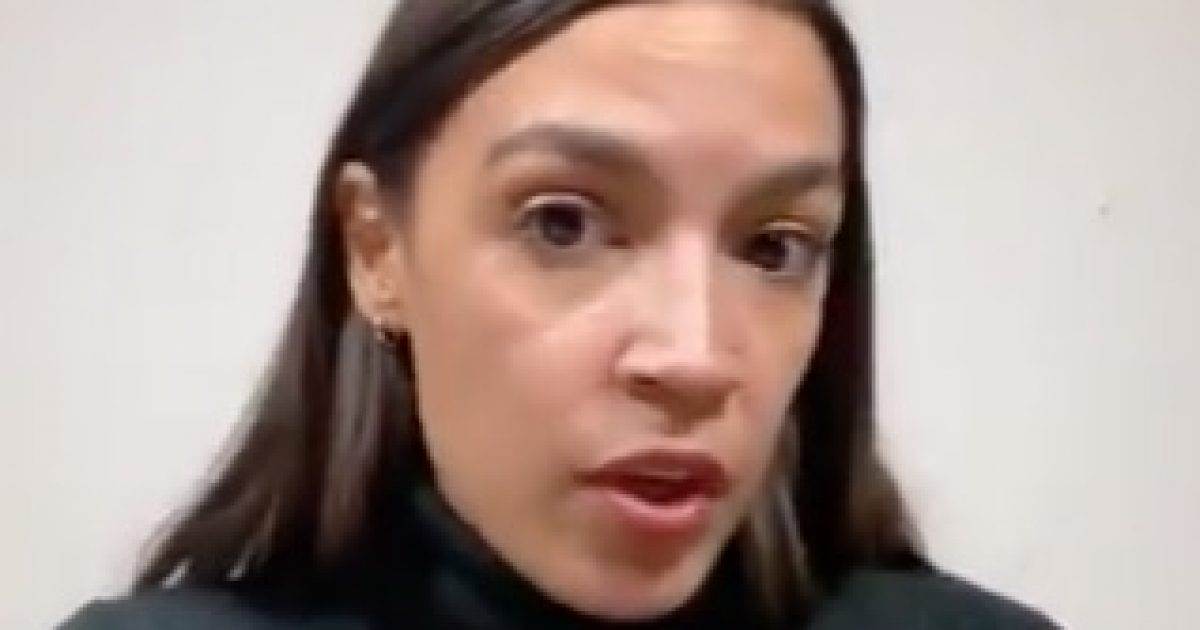 Ocasio-Cortez made the comment concerning the Capitol riot last week in response to a question during a live stream on social media.

“Several members of Congress in some of my discussions have brought up media literacy because that is a part of what happened here. We are going to have to figure out how we rein in our media environment, so you can’t just spew disinformation and misinformation,” the New York Democrat said.

AOC suggests adding “media literacy” as a mandate for a congressional “truth and reconciliation” committee pic.twitter.com/sv7UXMwvaO

"We're going to have to figure out how we rein in our media environment so that you can't just spew disinformation and misinformation," – Alexandria Ocasio-Cortez

This is the kind of idiocy we have in our legislative branch.

The Constitution clearly states what Congress cannot do:

Congress shall make no law respecting an establishment of religion, or prohibiting the free exercise thereof; or abridging the freedom of speech, or of the press; or the right of the people peaceably to assemble, and to petition the Government for a redress of grievances.

Ocasio-Cortez not only detests the Constitution but is woefully ignorant of what Congress cannot do.

A trickle of government overreach can quickly become a tidal wave to censor and control freedom of speech and freedom of the press.

It’s a ridiculous idea to silence the media and clearly, Ocasio-Cortez and her Democrat House colleagues are on the wrong side of the Constitution.

Now that Democrats control the federal government they will do anything to maintain that power including going as far as to threaten free speech.