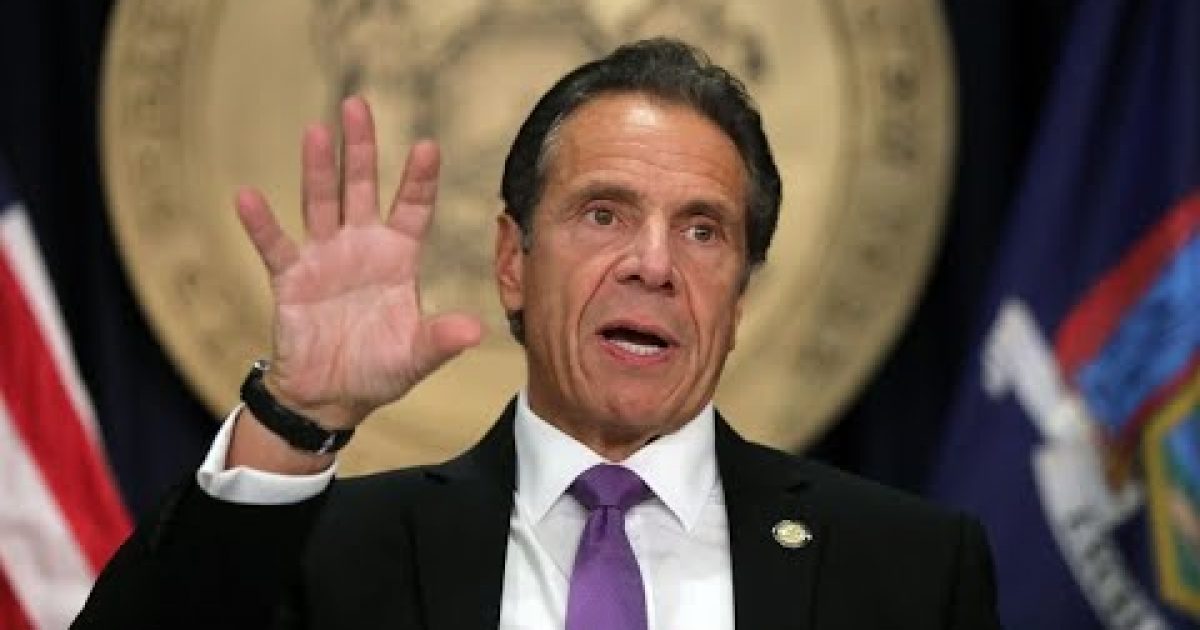 Due to the coronavirus, fans were banned from in-person attendance during the regular season, however, Cuomo recently announced 6,700 fans will be allowed to attend the playoff game and that he will be in attendance.

Last month, Cuomo announced a pilot program for the playoff game to determine the effectiveness in reopening businesses in New York that were shuttered because of the coronavirus.

“We’re going to pilot the approach at the Buffalo Bills playoff game. A football playoff game obviously is outdoors which is a much better situation from COVID spread and the stadium is a controlled venue. … We believe we are the first state in the nation to run this kind of pilot. We think it can be very instructive to us going forward because as I said, the premise is we’re going to have to find a way to reopen businesses smartly and safely.”

Cuomo commented about the announcement on social media.

NYS, @NFL and @BuffaloBills have come to an agreement to allow ~6,700 fans to attend the first home playoff game.

The stadium is outdoors. Every fan must test negative before game, wear a mask & social distance.

Buffalo Bills fans are outraged Cuomo is now allowing access to the stadium so that he can attend the game.

So far, over 39,000 fans signed a Change.org petition to stop Cuomo from attending the game.

So Cuomo is going to attend our playoff game after telling us that we can only attend at less than 10% capacity? If he thinks he has more right to a seat in that stadium over people who have waited over 20 years for this opportunity, then people better be there to protest his entry. This is OUR team! This is OUR home. We don’t want you here.

Cuomo’s been under fire over his gross mishandling of the highly contagious virus.

Under Cuomo’s watch, over 6,000 elderly in New York lost their lives because of his mandate for the elderly infected with COVID-19 to be admitted into nursing homes and eldercare facilities in New York.

Fox News senior meteorologist Janice Dean lost both of her in-laws due to COVID-19 and has consistently called out Cuomo over his failures in handling the virus.

Dean also called out Cuomo over his announcement about the playoff game and his plans to attend.

Here’s a poll to vote:

Other critics commented on social media about Cuomo’s plan to attend the playoff game.

Absolutely not! I bet he can’t name five current players on the roster. I hope he chooses not to attend, he’s taking the spot of a true Bills fan. The team means everything to western NY and they’ve kept us going during this horrific year.

Not happy at all. He should give his ticket to a nurse, doctor or first responders.

He should not. If he does, it is at taxpayers expense. How will he be traveling to Buffalo? Security detail? Who pays for he and his entourage’s tickets and covid testing? What kind of seating does he get? NYS taxpayers are not paying taxes so this guy can attend a Bills game.

My mom died in April and we couldn't have a Catholic funeral in a church and had to bury her without our families but the Bills can have a 6700 person play off game? Make it make sense

Cuomo has done a horrible job dealing with the virus including putting elderly COVID-19 patients in eldercare facilities.

The same rules for fans to attend the playoff game are the same rules that could already be applied to save New York businesses and jobs.

Cuomo’s arrogance and ego rule his decisions, not science.