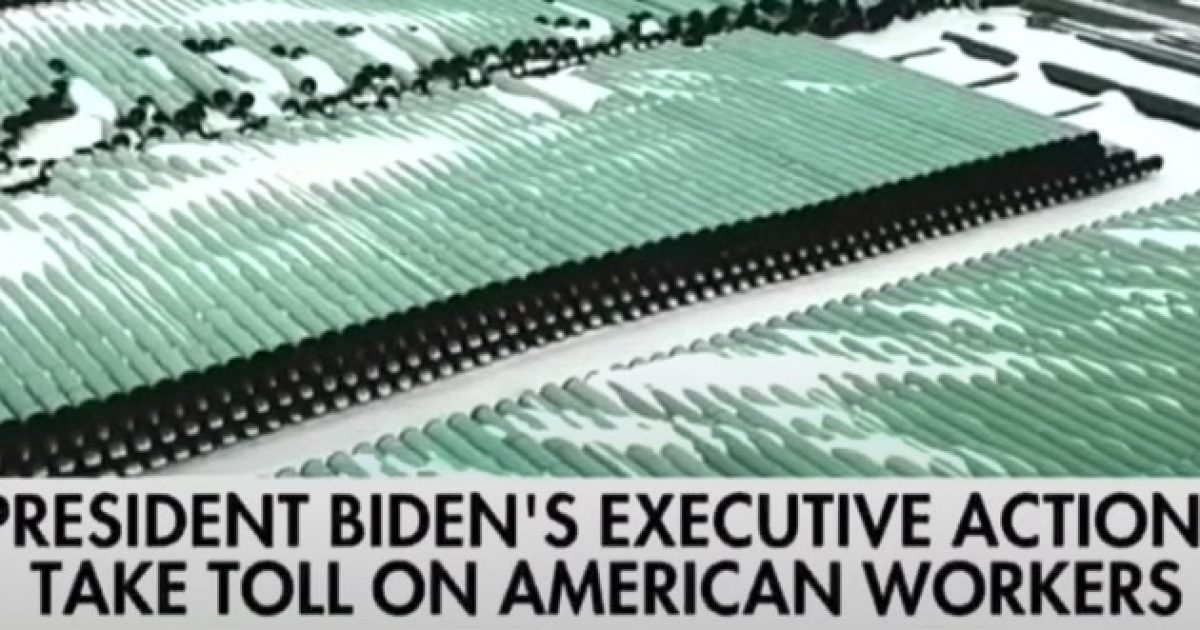 On his first day as president, Biden issued a number of executive orders including one that kills thousands of high-paying jobs in the fossil fuel industry.

The Keystone XL Pipeline was going to transport oil from Alberta, Canada to the Gulf of Mexico, where small businesses and towns would have benefited by providing goods and services to industry workers.

Now, the ripple effect of Biden’s executive order is real and is devastating to local towns.

Thousands of Americans are suffering the consequences of Biden’s executive order.

Chris Olson, a truck driver from Nebraska was interviewed by Fox News:

“Any of these people that work on the pipeline, all the sudden they’re not making money so they’re not spending money,” Olson told Fox News. “So the community they live in is going to have less money coming in.”

South Dakota hotel owner Laurie Cox commented about Biden’s executive order, saying, “It hit me like a ton of bricks.”

"You took our chance to have a decent life with a stroke of the pen."

Major trade unions are also affected and are critical of Biden’s executive order.

Small businesses and small towns are struggling due to the COVID-19 pandemic and Biden’s Keystone XL Pipeline executive order will make matters worse.

Unlike President Trump, Biden is executing an America Last agenda that is destroying the working middle class.

Under Biden, the forgotten men and women of the U.S. are forgotten once again.