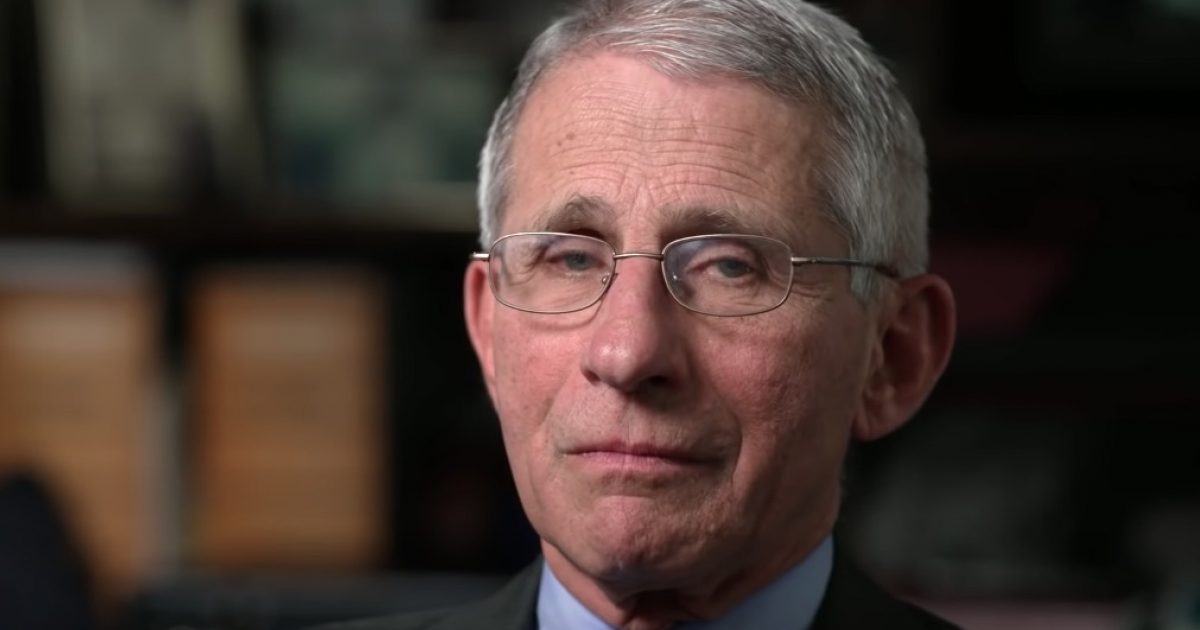 A report exposing Dr. Anthony Fauci as the highest-paid employee in the federal government with a salary of $417,608 in 2019 shows that “pay for performance” is hard to come by in the Washington, D.C. bureaucracy.

In Congressional testimony, Fauci said the mission of NIAID includes, “… respond rapidly to newly emerging and re-emerging infectious diseases” and his group”… anticipates and responds to these threats.”

Essentially, Fauci was assigned to be the sentinel on the wall – the medical Paul Revere who would sound the alarm and warn the country of an emerging pandemic invasion.

However, Fauci failed to meet the primary mission of NIAID because he diminished the threat posed by COVID-19 during the early stages of the pandemic.

On television from January 2020 through early March, Fauci consistently downplayed COVID-19. Fauci initiated his remain “calm, nothing really to be worried about” view (on Jan. 21, 2020) with Newsmax TV’s host Greg Kelly.

He continued this theme in many interviews, including during an early-March White House briefing where he gave the OK for young people to go on a cruise (read my earlier commentary for more details).

The extent of Fauci’s inability to respond to the seriousness of COVID-19 was described in the New York Post over the China travel ban.

At the request of President Trump, trade adviser Peter Navarro was asked to convince Fauci that the president’s China travel ban was warranted at a January 28 meeting.

So it was Navarro, a Harvard Ph.D. economist, who instructed Fauci on public health measures to protect Americans.

Looking back it’s puzzling for Fauci to be so nonchalant regarding COVID-19, especially since the personal and professional risk-benefit analysis resides in overplaying the risk and not minimizing it.

One possibility as to why this happened is that Fauci was too reliant on the World Health Organization (WHO). It is now known that the WHO spread misinformation about the ability of the virus to spread between humans.

Another possibility is Fauci viewed the threat as similar to the SARS pandemic – a naturally occurring virus that was not as highly contagious as COVID-19.

Finally, it’s also possible that Fauci was in denial because the NIH funded research on bat coronaviruses at the Wuhan Institute of Virology (WIV) where an enhanced virus could have accidentally escaped.

Fauci discounted the possibility that COVID-19 was a result of a lab accident from the WIV, but the lab origin hypothesis is getting more attention.

Fox News’s “The Next Revolution” host Steve Hilton’s investigative reports on the possible lab origin of COVID-19 raise some very compelling information leading to the possibility that Fauci could potentially be indirectly responsible for the pandemic.

Hilton reveals Fauci as an early advocate of gain of function research where scientists tinker with naturally occurring viruses and deliberately give them traits, such as the ability to infect human cells and/or give the virus the capability to spread through the air.

The goal of such research is not nefarious.

The objective is to make viruses more dangerous in the laboratory so scientists could find cures and vaccines if humans were to encounter naturally occurring viruses with lethal traits.

Hilton isn’t the first to raise the possibility COVID-19 was the result of a lab accident of an enhanced virus but he did an excellent job in summarizing abundant circumstantial evidence pointing to it with the added twist of showing details of Fauci’s NIAID funding research on bat coronaviruses at the WIV.

The Obama administration imposed a moratorium on gain of function research in 2014 after a few laboratories apparently mishandled dangerous pathogens. The moratorium was lifted in 2017.

Hilton also claims NIAID bypassed the 2014 moratorium by sending money to EcoHealth Alliance which in turn funded the WIV for research including gain of function research on bat coronaviruses.

NIH denied it funded gain of function research but the major point is researchers at the WIV genetically altered naturally occurring bat viruses to study them, according to Hilton.

It’s unknown what other types of experiments were conducted including the possible development of deadly viruses.

Finding the truth will not be easy because China is being protective of the WIV. The two outside groups looking into the origins of COVID-19 include Dr. Peter Daszak, the president of EcoHealth Alliance, who has an obvious conflict of interest.

Yet, accountability for Fauci is highly unlikely.

President Biden recently made him his chief medical adviser, meaning Fauci will continue in his government roles regardless of his job performance.

Tom Borelli, Ph.D., is a contributor to Real America’s Voice News and a TV and radio political commentator.