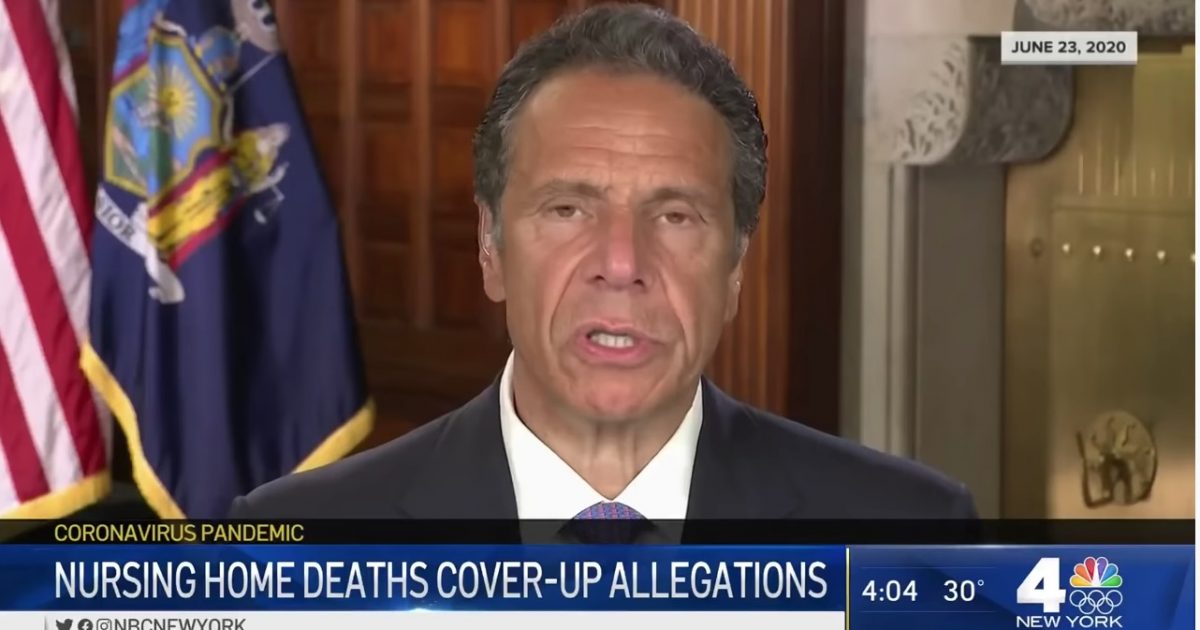 During the call, DeRosa apologized to state Democrats for not being transparent with nursing home COVID-19 deaths.

Gov. Andrew Cuomo’s top aide privately apologized to Democratic lawmakers for withholding the state’s nursing home death toll from COVID-19 — telling them “we froze” out of fear that the true numbers would “be used against us” by federal prosecutors, The Post has learned.

In all, it’s estimated that the number of COVID-19 nursing home deaths is about 40 percent higher than the state originally reported. The total number is now about 13,000.

The deaths are being linked to Cuomo’s March 25 order mandating nursing homes to accept COVID-19 patients.

It’s now reported that just over 9,000 COVID-19 patients were sent to nursing homes throughout the state.

The AP story dropped before the broadcast networks went to air, but none of them covered it. Not even a news brief. This meant ABC’s World News Tonight, the CBS Evening News, and NBC Nightly News chose not to share the politically damaging story with their viewers.

They are hiding this bombshell from you. https://t.co/benxvwmDeo

However, the nursing home deaths under Cuomo’s watch are now being covered by The New York Times and ABC News.

New York Gov. Andrew Cuomo's office concealed data on COVID-19 nursing home deaths out of fear the Trump administration would use it against them. https://t.co/igRBQEWdDH

Critics are now calling out Cuomo over the emerging scandal.

.@GavinNewsom is facing a recall and yet is not accused, let alone guilty, of half the coverups and ghoulish behavior that @NYGovCuomo and his sycophants just admitted happened. #CuomosGottaGo

There is no doubt Cuomo made horrible decisions in dealing with the pandemic and sending COVID-19 patients into nursing homes is at the top of the list.

Given the allegations of a coverup makes Cuomo look even worse.