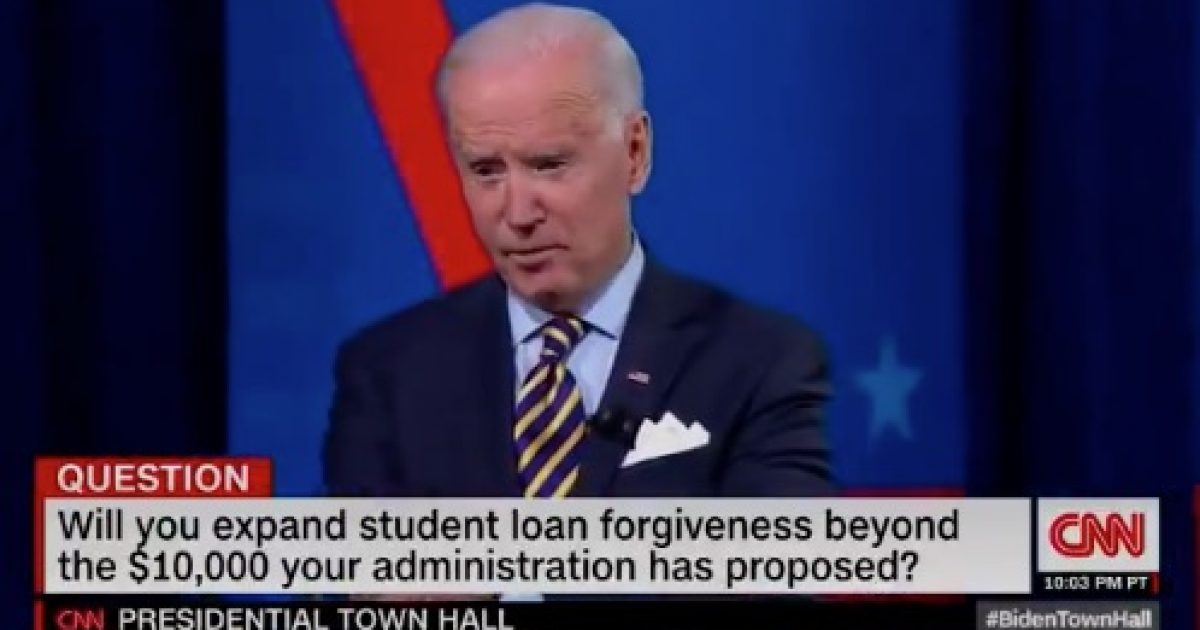 Representatives Alexandria Ocasio-Cortez (D-NY) and Ayanna Pressley (D-MA) ignited a push for the federal government to cancel $50,000 student debt after President Biden failed to back the measure during a CNN town hall.

President Biden ignited a reaction following his response to a question about student debt forgiveness.

When asked if he would cancel student loan debt up to $50,000, Biden responded, “I will not make that happen,” but said he was willing to “write off” up to $10,000 well short of the higher number.

From the Biden town hall on CNN last night, this questioner asked about canceling $50,000 worth of student debt:

Ocasio-Cortez appeared to not be happy with the lower number.

Many won’t fully feel $10k in forgiveness until after a Biden presidency is over, when they’ve spent 10 years paying off the other $20k+

Dems should be championing policy that people can feel ASAP. We need to go big.

Pressley took a different angle to push for the higher number.

She used the race card to advance her argument for the $50,000 level where she emphasized the benefit to black women.

You want to thank Black women?

Cancel student debt — all of it.

Black women carry more student debt than any other group in America.

Save your words of appreciation. Policy is our love language.

I am leading a letter with 16 other AGs to urge President Biden to take executive action and cancel up to $50,000 in federal student debt.

For years, we have fought for struggling student borrowers —how much longer do they need to wait to get the relief they deserve? pic.twitter.com/5BiGbQdC7O

Biden was also criticized on social media for failing to endorse the idea of eliminating student debt up to $50,000.

Biden has clear legal authority to cancel student debt. "Not doing this is a choice." https://t.co/6XinzEtim3

By campaigning for canceling student debt, Biden opened the door for far-left Democrats to push the dollar amount to a higher level.

The U.S. is already saddled with additional trillions of dollars of debt because of the pandemic and getting rid of student loan debt at $50,000 would cost another trillion.

In addition to the cost, eliminating student loans is unfair to those who took out student loans over the years and worked hard to pay them off.

The perverse incentive of such a plan on student debt is that the government will bail individuals out for their personal decisions.