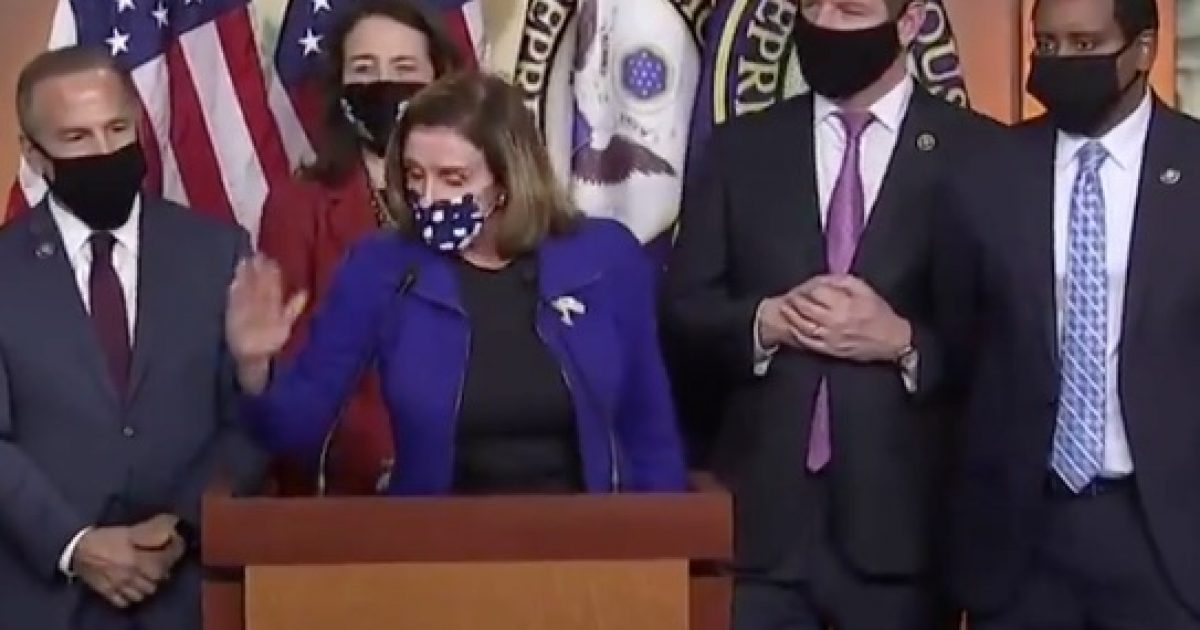 On Saturday, the Senate voted 57-43 to acquit the former president of ‘incitement of insurrection’ over the Capitol riot on January 6.

Pelosi was not planning to be at the House impeachment managers’ press briefing following the trial but she took the opportunity to lash out at Senate Minority Leader Mitch McConnell and other Republican senators.

Pelosi was visibly frustrated and angry, striking the podium with her hand to make a point while speaking to reporters.

The Senate on Saturday acquitted former President Donald Trump in a 57-43 vote on the charge of inciting insurrection for his role in the Jan. 6 Capitol riot.https://t.co/ek1fNegSBn pic.twitter.com/wVdVTYYCpo

‘It had not been my intention to come to this press availability,’ Pelosi said as she spoke to reporters on the fifth and final day of the Senate proceedings. ‘But what we saw today was a cowardly group of Republicans who apparently have no options because they were afraid to defend their job – respect the institution in which they serve.’

House Speaker Nancy Pelosi denounced the senators who made Donald Trump's acquittal possible as a ‘cowardly group of Republicans’ and blamed McConnell for not allowing the House to deliver the impeachment charge to the Senate while Trump was still in the White House pic.twitter.com/cVu6gtT8uL

You know you did something right when Nancy Pelosi is mad

It appears Pelosi actually thought a conviction was a done deal judging by her burst of anger and outrage over the acquittal of former President Trump.

Pelosi’s reaction shows how delusional and out of touch the Speaker is from reality.