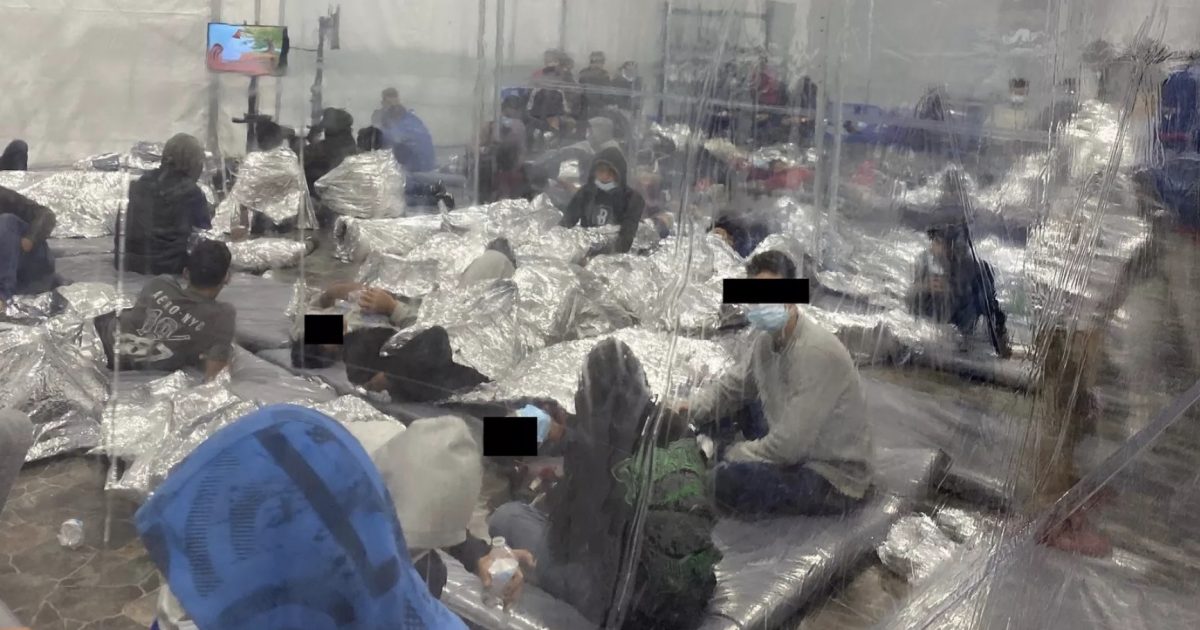 Liberal media outlets are finally calling out President Biden and his administration over their handling of the crisis at the U.S.-Mexico southern border.

The Biden administration blaming COVID-19 for denying the media full access to the migrant facilities appears to have failed and media outlets are outraged because of the blackout.

Border officials are under White House orders to scale back on direct contact with the media which are requesting tours of the facilities and the opportunity to take photos to report on their findings.

While there’s been a surge of illegal migrants at the southern border the last few months, the liberal media are now starting to criticize President Biden and his administration over the lack of transparency.

A news report by CNN criticizing President Biden included a description on the lower third of the screen, saying, “Biden fails to deliver on border transparency promise.”

CNN’s Pamela Brown reports “as the situation at the US-Mexico border gets worse, the media is being kept from it”https://t.co/aQNE02RH7X pic.twitter.com/FVUm2IfyE2

MSNBC host Katy Tur said the lack of media access is “very frustrating,” and asked, “Why is the media still not allowed into these facilities?”

“As long as you have a permissive immigration policy, you’re going to have a crisis at the border,” he said. And yes, we have United States Senators from Connecticut, Democrats, liberals, that are talking about tears in their eyes, when they look at the situation that these children are in. That’s a crisis! At the border!”

The media have covered the border crisis under Joe Biden completely differently than how they covered one under Donald Trump.

We have the clips to prove it. pic.twitter.com/1RpN9jgyK5

So @JoeBiden border crisis is so bad even CNN is criticizing his effort to hide the crisis from the media https://t.co/wM0uMxx10y

Is This Why President Biden Blocking Media?

Each of eight "pods" in the so-called soft-sided facility has a 260-person occupancy, said Rep. Henry Cuellar (D-Texas), who provided photos to Axios to raise awareness. As of Sunday one pod held more than 400 unaccompanied male minors pic.twitter.com/zousUto4rH

The Biden Admin should be ASHAMED. Thank you to ⁦@JamesOKeefeIII⁩ for getting the scoop. ?? https://t.co/xf3cHwXBVU

The MSM now crying foul when last four years they have helped the left to get here. I don't feel sorry for CNN!

Will CNN & NY Times cover this? Will Biden still say it’s not a crisis? Read the story. Look at the photos. Project Veritas Exposes SHOCKING Images of Kids Packed Like Sardines in Border Facility https://t.co/qJzcTbmNll

Biden's Press Secretary Jen Psaki doubles down that there’s “not a crisis” on the border https://t.co/ZCPgz38Si8 pic.twitter.com/C2aLDih5P4

Biden's Press Secretary Jen Psaki on the number of migrants being released: “it's a great question, I would just point you to CBP & DHS for the specific numbers…they have it more at hand” https://t.co/Lv6G88DOkq pic.twitter.com/Jdew8oT54S

President Biden’s failed immigration policy along the U.S.-Mexico southern border is a disaster and it’s about time the liberal media outlets call him out over a crisis of his own making.