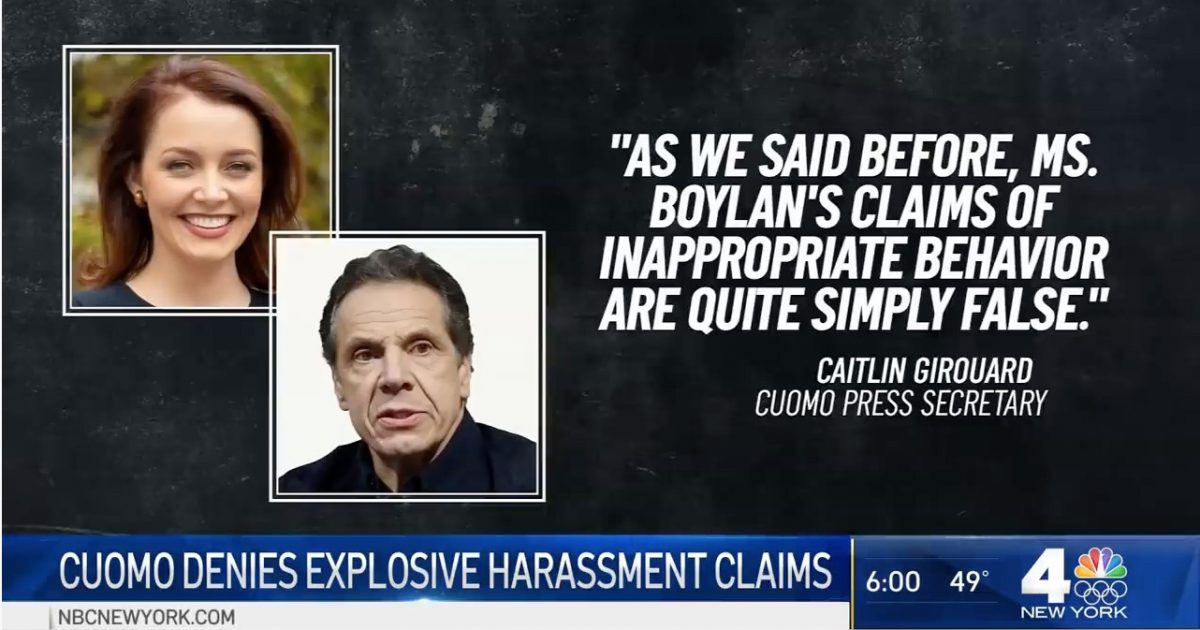 Biden’s views about Cuomo were expressed from White House press secretary Jen Psaki on CNN’s “State of the Union.”

The pressure is mounting against Cuomo following a second claim of sexual harassment from women who worked closely with the governor.

“It was hard to read that story as a woman, and that process should move forward as quickly as possible​,​ and that’s something we all support and the ​p​resident supports​,” Psaki said.​

The first allegation was made by Lindsey Boylan, who worked for Cuomo and claimed the governor asked her to play strip poker and also he kissed her without her consent.

She wrote about her allegations in a blog post on Medium and her claims occurred when Boylan was the Chief of Staff at the state economic development agency.

Cuomo denied the claims made by Boylan.

The second claim was made by Charlotte Bennett who served as a health policy adviser for the governor and her allegation is Cuomo inquired about her personal life and if age was a factor for her in romantic relationships. She believed those comments were indications Cuomo wanted a sexual relationship with her.

Cuomo is being blasted from all sides over the allegations.

Lindsey Boylan and Charlotte Bennett’s detailed accounts of sexual harassment by Gov. Cuomo are extremely serious and painful to read.

There must be an independent investigation – not one led by an individual selected by the Governor, but by the office of the Attorney General.

Cuomo’s comments about the allegations made against now-Supreme Court Justice Brett Kavanaugh are being brought up.

Cuomo is having a horrible year. First, he is being accused of hiding COVID-19 nursing home deaths and now he is facing claims of sexual harassment.